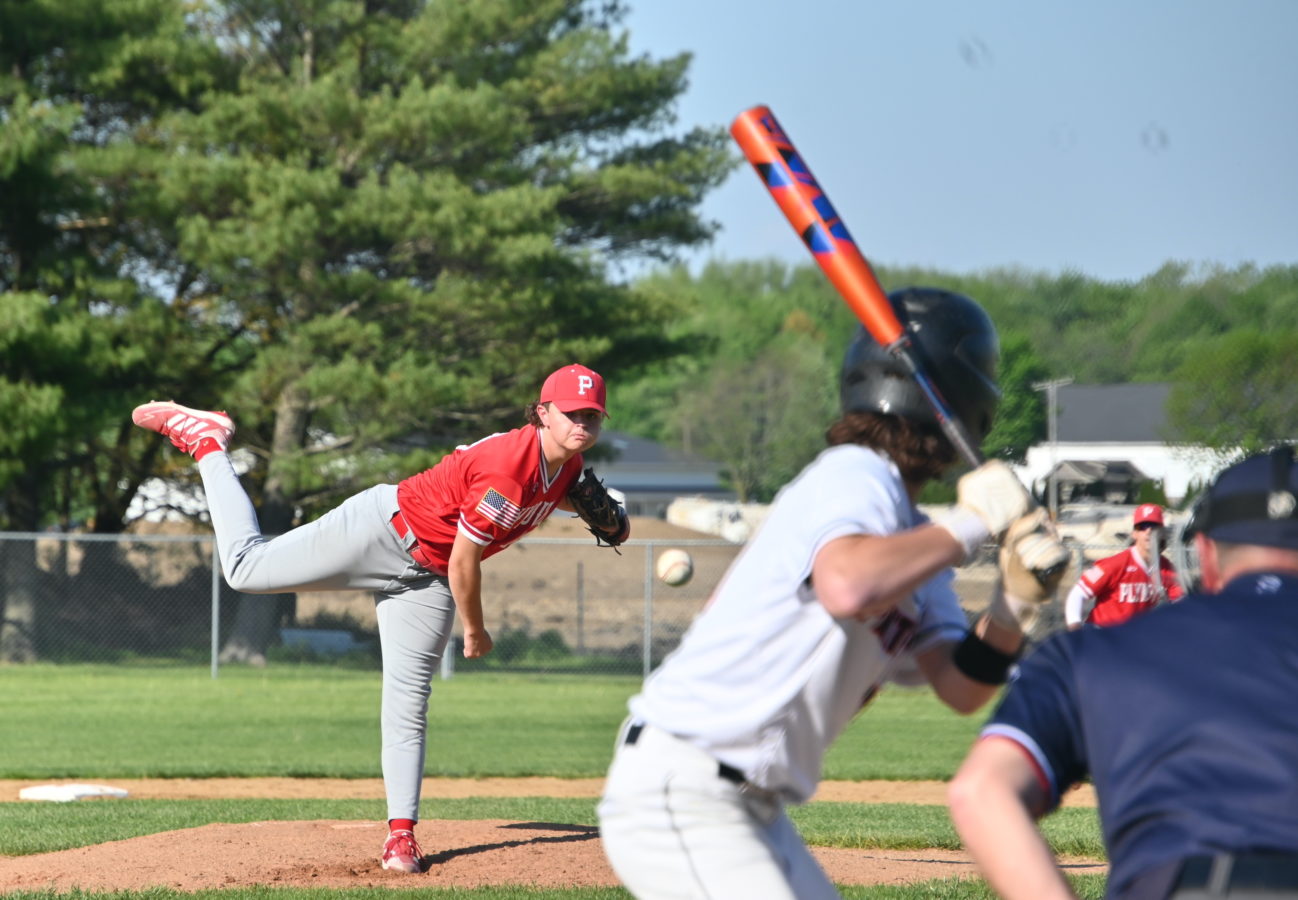 NAPPANEE — Plymouth’s Pilgrims continue to be “road warriors” as they took another win away from home handing a 5-1 loss to NorthWood.
“We do seem to play pretty well on the road,” said Plymouth head coach Ryan Wolfe. “It helps when you have Matt on the bump. He pitched very well and for the most part, we played good defense behind him and we scored some runs when we needed to.”
It started with two quick runs in the first and continued with a masterful pitching performance from Matt Manzuk.
The Plymouth right-hander threw just under 100 pitches, 68 for strikes striking out 10, walking three, and giving up just one hit.
“The zone was kind of tight too so he may have actually thrown more strikes,” said Wolfe. “He adjusted to that and he settled in and made pitches he needed to. He got out of one jam he was in but he was pretty much flawless tonight.”
Plymouth jumped out to a quick 2-0 lead taking advantage of a pair of first-inning errors by the Panthers to grab a lead that they would never relinquish.
NorthWood on the other hand didn’t manage a hit off Manzuk until the fourth when Caleb Branham fisted a single into right field but was quickly erased on a 1-6-3 double play.
Plymouth would add an insurance run in the sixth and two more in the seventh in taking the win.
“We squeezed a couple across late to hold the lead there but that’s the goal every game is to get the lead and extend it,” said Wolfe. “We did some little things well tonight. We got some big hits to score some runs and took advantage of some things that they gave us.
We got to third base. You are going to score some runs when you do that.”
NorthWood starter Isaac Roberts was not far behind Manzuk giving up just one earned run in six innings and striking out six.
Plymouth was without the services of regular Skyler Aker who was unavailable due to illness which saw Tre Delp get his first start at third in a varsity game.
“Skyler texted me this morning and told me he couldn’t get his allergies settled down,” said Wolfe. “That’s what it is about having guys step up when they are needed.”
“We got a lot of guys getting a taste of it and they are all here (on the varsity) for different reasons,” said Wolfe. “We are just trying to find a combination of guys here the last couple of weeks we want to go into the sectional with.”
Plymouth moves to 12-12 on the season with a game at home Wednesday with Northridge to round out the NLC season.
•PLYMOUTH 5, NORTHWOOD 1
at NorthWood
Plymouth 2 0 0 0 0 1 2 5-6-4
NorthWood 0 0 0 0 0 1 0 1-1-4
WP — Manzuk (4-0). LP — Roberts (2-7).