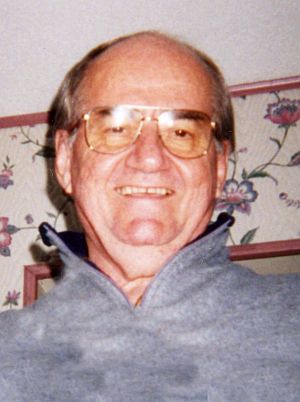 Levi F. Crawford, 88, formerly of Aurora, Illinois, passed away with his loving family by his bedside at 5:50 p.m. on Monday, May 9, 2022, at Miller’s Merry Manor in Plymouth.
Born in Danville, Illinois, on November 28, 1933, Levi was one of two sons born to Levi F. and Dorothy Agnes (Graham) Crawford. He graduated from Jacksonville School for the Deaf and relocated to Aurora, Illinois, to begin his career as a welder for Lyon Metal Products, in Montgomery, IL. There he met his wife, of 53 years, Mary Ann Meszaros. Mary Ann and Levi were married on February 15, 1969. Shortly after retiring from Lyon Metal, the couple decided to move to Plymouth in 1988, where they found their forever home.
Levi was known for his contagious smile, which would fill the room. He loved socializing and spent countless hours at the Aurora Club of the Deaf, where he served as President. He was an avid Cubs fan and had a passion for all sports, with a particular interest in bowling. When Levi wasn’t watching or playing sports, he was busy completing his countless list of projects around the house. He enjoyed gardening, the outdoors and sharing his knowledge with his family and friends. Above all, he cherished making memories with his loved ones.
He will be forever missed by his adoring wife, Mary Ann of Plymouth; children: Levi F. Crawford III of Aurora, IL, Janis (Todd) Martin of Batavia, IL, Susan (John) Nunnally of Aurora, IL, Kimberly Tisberger of Plano, IL, David (Dawn) Crawford of Plymouth and Tim (Christy) Crawford of Plymouth; many grandchildren whom include Dylan, Levi, Quentin, Seamus and Lucy as well as many great-grandchildren.
Levi was preceded in death by his parents and his brother, Terry Crawford.
A Celebration of Life will be held at a later date.
Condolences may be sent to the family through the website:  www.johnson-danielson.com<http://www.johnson-danielson.com>