Fire Fighter Sworn in and Pinned 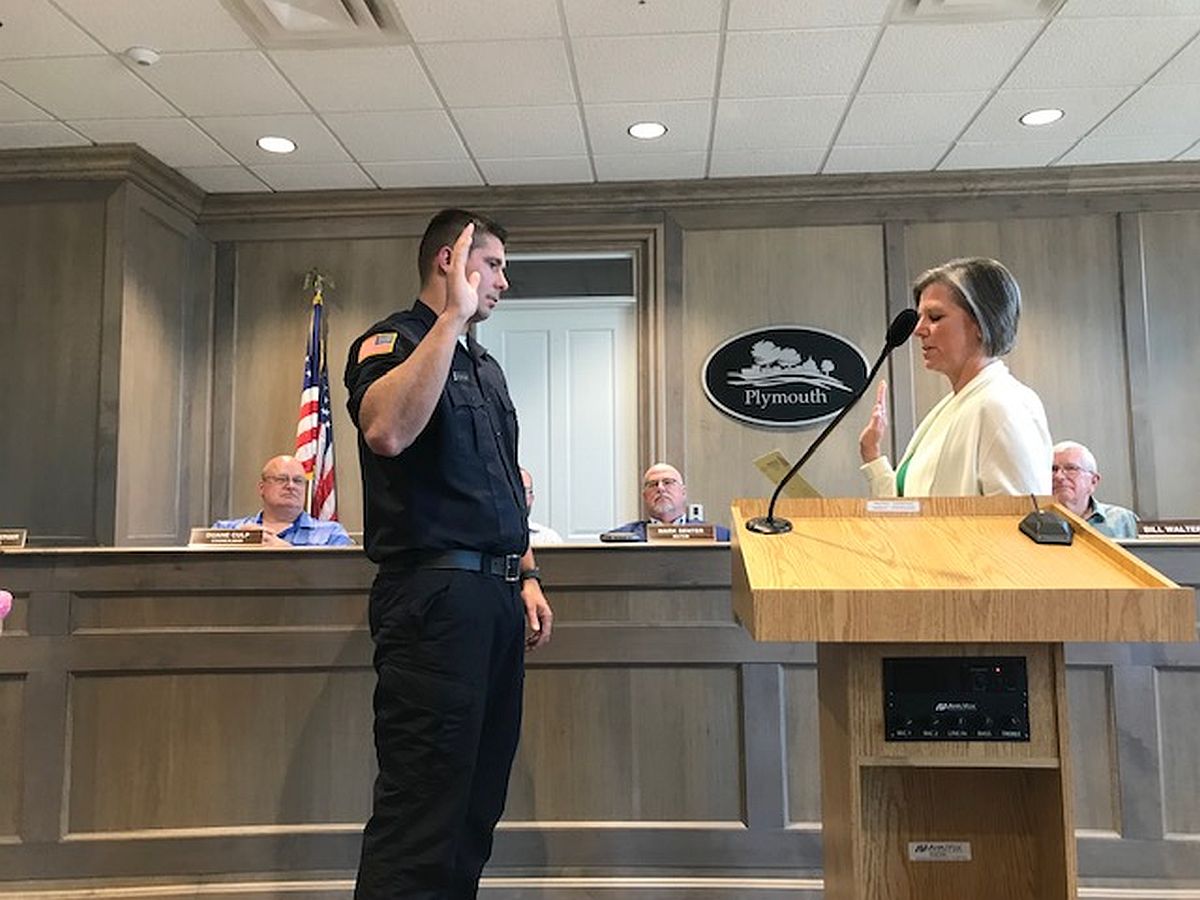 During Monday’s Board of Public Works and Safety meeting, Plymouth Fire Chief Steve Holm told members the new fire truck is under contract.  He said a proposal for the new ambulance he discussed last month will be available in a couple of weeks.

The chief also said he had an employee who was on vacation and hurt his finger badly and required surgery.  He was off on FMLA and made the decision to not return to the department.  That resignation was accepted, and the Fire Chief was granted permission to advertise for a firefighter/paramedic.

Darin Miller was then sworn into his position by City Clerk-Treasurer Lynn Gorski and his wife did the official pinning of his badge.