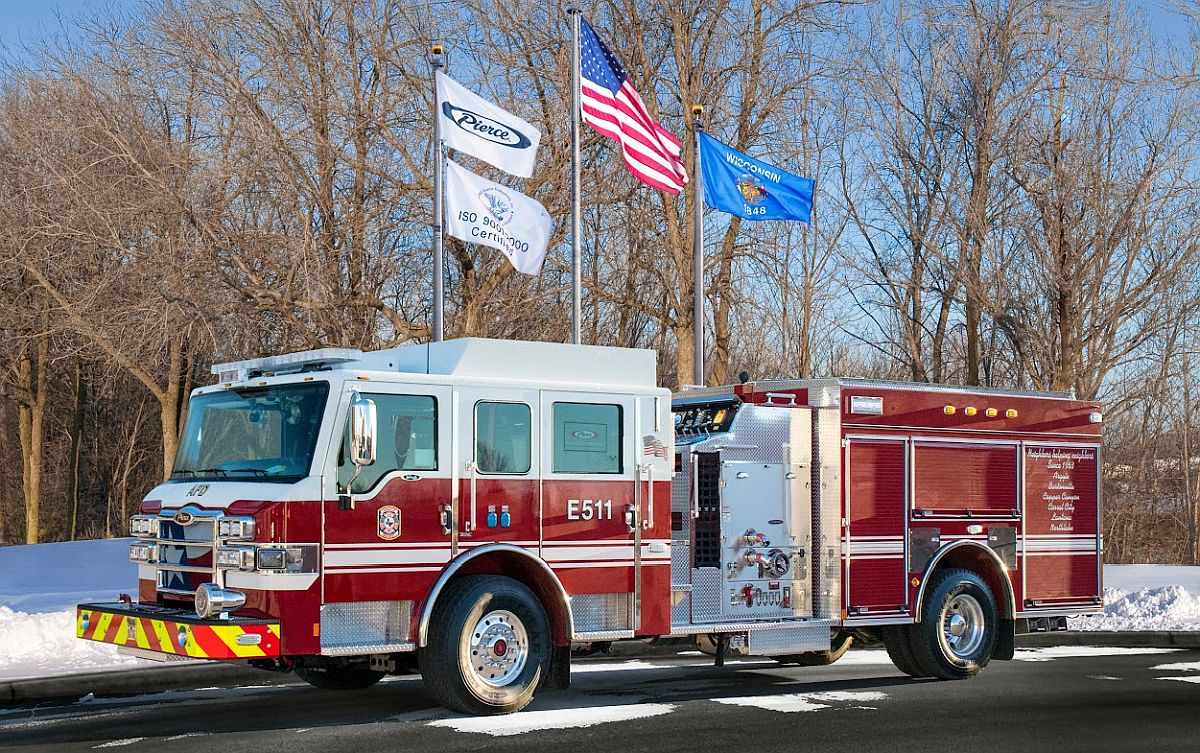 Last week Plymouth Fire Chief Steve Holm was back before the Common Council seeking support to purchase a 2024 Pierce Velocity pumper for the Fire Department.

Holm introduced Dave Polkow from Macqueen Emergency, a sales representative for Pierce Fire Apparatus who attended the meeting virtually.  Holm said when the final bid from Sourcewell came in, it was under the original budgeted amount that has been talked about.  The bid was $784,400.

Chief Holm asked the Council to budget in the $800,000 range to cover additional costs of loose equipment and any additional features that might be added to the fire engine.  The issue was the price increase that went into effect on May 1st.  It increased the cost of the fire engine by $59,000.

While there is a 24-month lead time on delivery the price is set when the agreement to purchase is signed.   This gives the city some time to determine how they will fund the purchase.

Councilman Robert Listenberger said, “So commitment tonight basically saves $60,000 right off the bat.”  Being the first major vehicle purchase he has been involved with he said, “Should we be looking at a program that rotates the purchase of vehicles.  You have 2 fire truck pumpers and the aerial truck and three ambulances and the chase vehicle.”  He suggested scheduling out their replacement over the years so it’s not a surprise to the council.

The Plymouth Common Council voted approval to purchase a new fire truck and will work with the council on how the fire truck will be funded.  Options include through the budget or financing it over a period of 5-years.