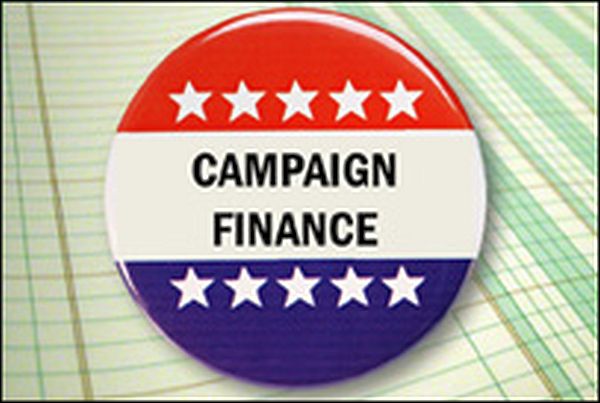 Monday afternoon the Marshall County Election Board met with several agenda items to consider.  First up was the Election Board’s plan to address the written concerns presented at the April 28th meeting by Nicole Haskins.

Board Secretary Deb VanDeMark said after their last meeting there was lots of activity in her office.  Several candidates came in and responded to the written complaints that were filed with the Election Board.  VanDeMark updated board members on the activity saying, Will Patterson’s pre-primary financial campaign report was missing pages and amounts.  He also showed $2,392 as cash on hand opening his 2022 primary but no record of where the funds came from.  On Friday Mr. Patterson amended his report.

Jim Masterson, reporting on his amendment from the 2020 election had two items that didn’t get split three ways.  On Saturday he amended his report.  Both Steve Harper and Mandy Campbell stopped in right after the April 28th meeting and amended their reports to include the proper coding of expenses.  The question of Nicole Cox listing a fuel purchase outside the county and the cost of the ticket to the Lincoln Day Dinner as a campaign expense was determined with VanDeMark saying, “I really don’t see a violation on her report.  She is allowed to use her campaign money to purchase a ticket for the Lincoln Day or to pay for any other expenses as long as it is campaign-related.”

Jesse Bohannon was in but hasn’t been back with an amended form and Tim Harmon and Bill Githens have not been heard from yet.  They do have errors in their campaign finance reports.  The Election Board decided to send a Defective Finance Report forum to all three individuals.  It gives them 5-days to respond and requires them to amend their forms or enforcement can be taken.

Commissioner Stan Klotz was in Monday morning and asked what the problem was with his campaign finance report.  VanDeMark said the problem was that he accepted a $10,000 campaign donation from Mr. Miller in December 2021 and didn’t indicate a banking institution on the finance report.  There was a concern of comingling of funds which is a violation.  VanDeMark said Klotz was back in on Monday and made an amendment noting that as of February 18, 2022, his campaign finance funds are in Lake City Bank. The issue remains that he accepted a campaign contribution, and the law says you must indicate a bank account within 10-days of receiving a campaign contribution.  The Marshall County Election Board will conduct a public hearing to hear candidate Klotz’s side of the issue before they take any additional action.

Finally, the Election Board discussed the corporate contributions of $2,000 to the PAC Better Government Hears People and $1,000 each to Deborah Johnson and Nicole Cox from Hensley Fabricating.  After checking with the Indiana Election Division, Indiana Statute 3-9-2-4 only permits corporations to contribute a maximum of $2,000 annually for local elections.