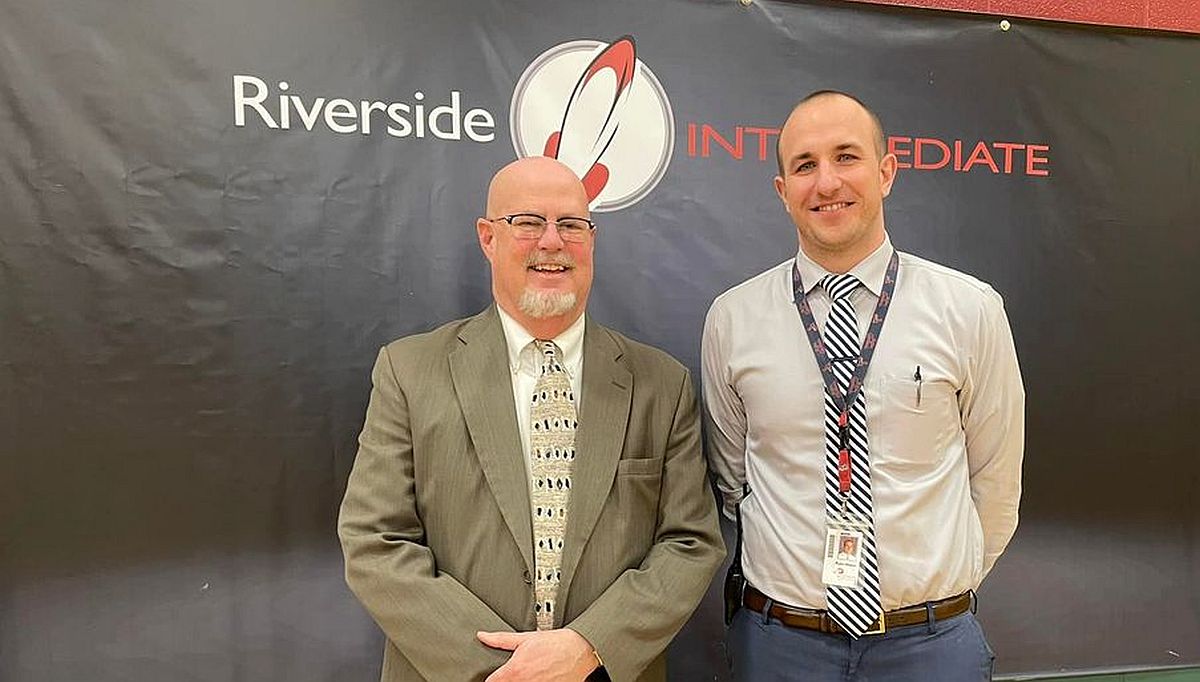 Last year in November it was announced that Mr. Welch was selected as the Indiana Association of School Principals as the Assistant Principal of the Year.

The proclamation Mayor Senter read during a full school event in the schools gymnasium follows:

WHEREAS, Mr. Ryan Welch has dedicated his life to this community, and has demonstrated in many practical ways his deep and genuine love for the students at Riverside Intermediate School; and

WHEREAS, After Mr. Welch received his Bachelor’s Degree from Ball State in 2012 and his Master’s Degree from Indiana Wesleyan in School Administration he has been an educator in Indiana for ten years; nine of them here for the Plymouth Community School Corporation; and

WHEREAS, after teaching fifth grade here at Riverside from 2013 to 2016, Ryan is now in his fifth year as Assistant-Principal of this awesome school. He initiated monthly trips to Miller’s Merry Manor to help build community and improve student social awareness; and

WHEREAS, Mr. Welch has led the school’s efforts to be re-designated as a “School to Watch” by the National Forum to Accelerate Middle Grades Reform.  He also serves on the Indiana Middle Level Education Association State Board; and

WHEREAS, In November of 2021 the Indiana Association of  School Principals recognized Ryan Welch, Assistant Principal at Riverside Intermediate in Plymouth, Indiana as the State of Indiana Assistant Principal of the year  This makes Ryan a 2-time State Champ as he was on the 2007 PHS basketball team that won the state championship; and