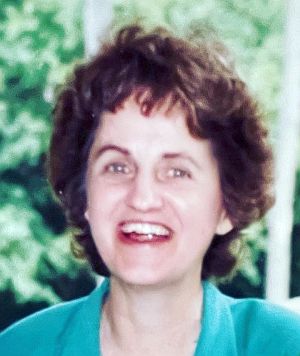 Dorothy E. Procaccino, 91, passed away on Friday, March 4, 2022 at Elkhart General Hospital.
Born on May 25, 1930 in Plymouth, Indiana she was the daughter of Earl and Marvel (McDonald) Jacox. She attended Plymouth High School graduating with the class of 1948.
On April 17, 1949 she married Albert Nowicki in Plymouth and he would precede her in death on August 11, 1968. Dorothy married Joseph Procaccino on December 27, 1969 in Mishawaka and he would precede her in death on July 3, 2010.
Dorothy worked for Valley American as a secretary for 10 years. She was a homemaker for most of her life who was known as a loving, caring and selfless. She loved to cook and her family always enjoyed her pancakes and spaghetti. Dorothy also loved to sew and quilt often quilting blankets for everyone in her family. She enjoyed fishing, golf and watching college basketball, especially when it came to watching her Notre Dame Fighting Irish play.
She was a member of First Presbyterian Church in Plymouth, Good Shepard Methodist Church in Granger and was a part of Rainbow Girls.
She is survived by her children: Ellen (Carl) Kempf of Phoenix, AZ; Stephen (Sharon) Nowicki of Henderson, NV; Theresa (David) Bollinger of Granger, IN; Thomas (Kathy) Nowicki of Elkhart, IN; grandchildren: Andrew (Maggie) Nowicki, Alyssa (Tyler) Mikev and Nicholas Bollinger, as well as one great-grandchild.
Dorothy is preceded in death by her parents, and her husband’s Albert and Joseph, brother Roger and grandson Michael Kempf.
Visitation will be held on Saturday, March 19, 2022 from 11-1 pm at the Johnson-Danielson Funeral Home, 1100 N. Michigan Street, Plymouth. Funeral services will immediately follow with Life Celebrant James Smart officiating.
Burial will take place in the New Oak Hill Cemetery, Plymouth.
Per the family’s request, masks are highly recommended to be worn for the service.
Memorial contributions can be made to the Donor’s Choice.
Condolences may be sent to the family through the website:  www.johnson-danielson.com<http://www.johnson-danielson.com>