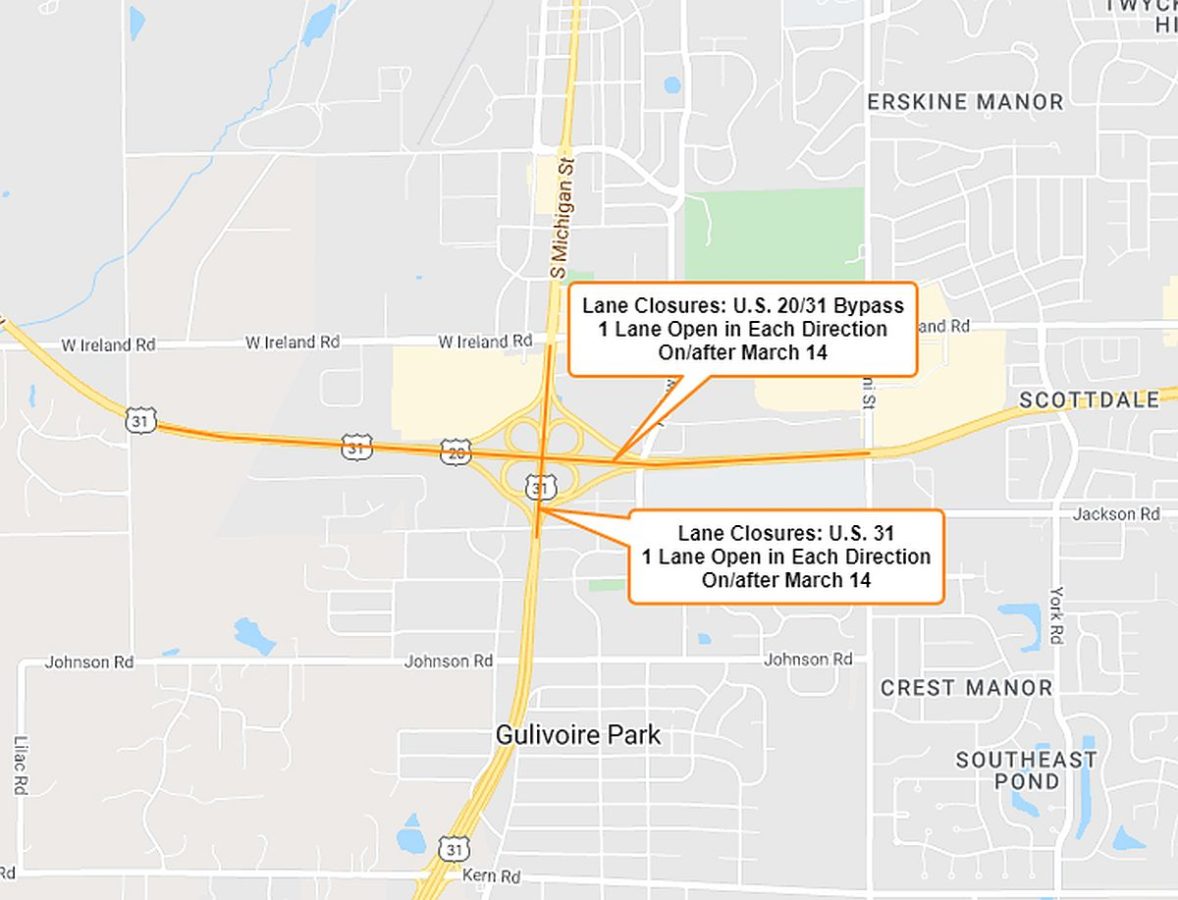 Indiana Department of Transportation contractor Superior Construction Co will begin a bridge replacement project on U.S. 20 over U.S. 31 beginning on or after Monday, March 21, which will be ongoing through early December.

The work was originally scheduled to begin Monday, March 14, but has been pushed back one week due to the anticipated asphalt plant opening schedules.

U.S. 31 will be reduced to one lane in each direction through the duration of the project. Overnight road closures may be needed on U.S. 31 for bridge demolition and setting structural steel, which will be announced ahead of time if utilized.

INDOT encourages drivers to allow extra time when driving through this area and follow traffic directions carefully. Motorists should slow down, exercise caution and drive distraction-free through all work zones.