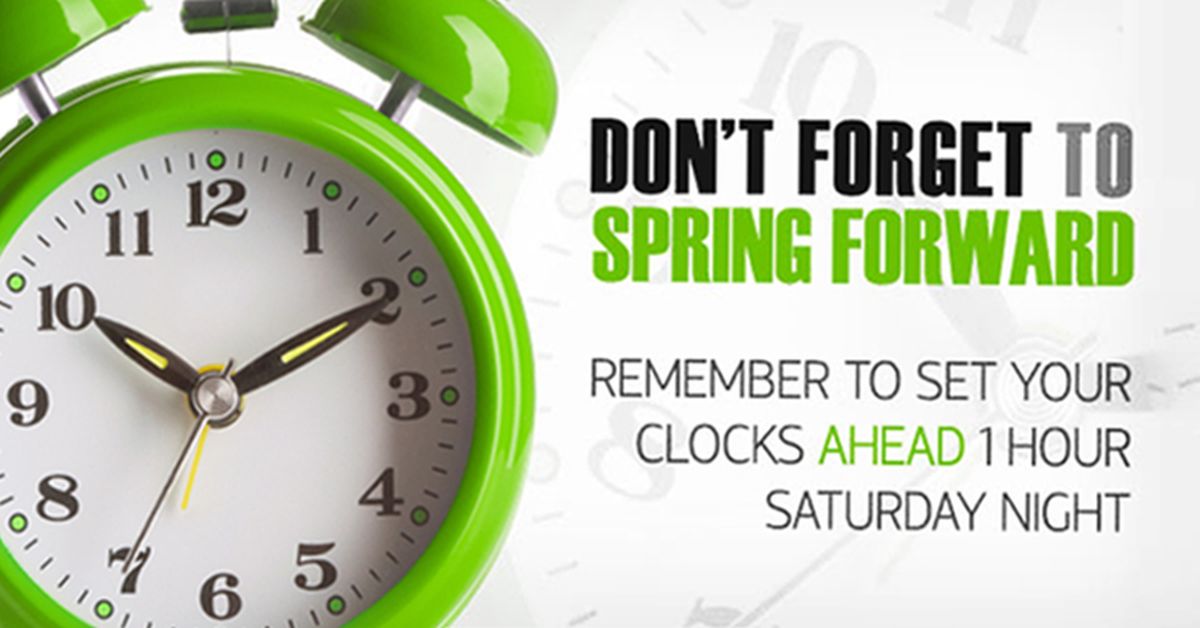 The annual ritual is here.

The start of daylight-saving time, which subtracts an hour of sleep, is approaching this weekend. The seasonal time change when we “spring forward” will occur this Sunday, March 13, a full week before the official start of spring on March 20.

Daylight saving time begins at 2 a.m. which is the official hour to set all of our clocks ahead one hour. That’s when local time will instantly become 3 a.m. and people lose an extra hour of time.

Daylight saving time became a national standard in 1966 when President Lyndon B. Johnson signed the Uniform Time Act, which was established as a way to continue to conserve energy. The thinking was if it’s light out longer, that’s less time you’ll need to use the lights in your house.

Presently, Hawaii and Arizona are the only two U.S. states that do not observe daylight saving time. Neither do the U.S. territories of Puerto Rico, Virgin Islands, Guam, and American Samoa.