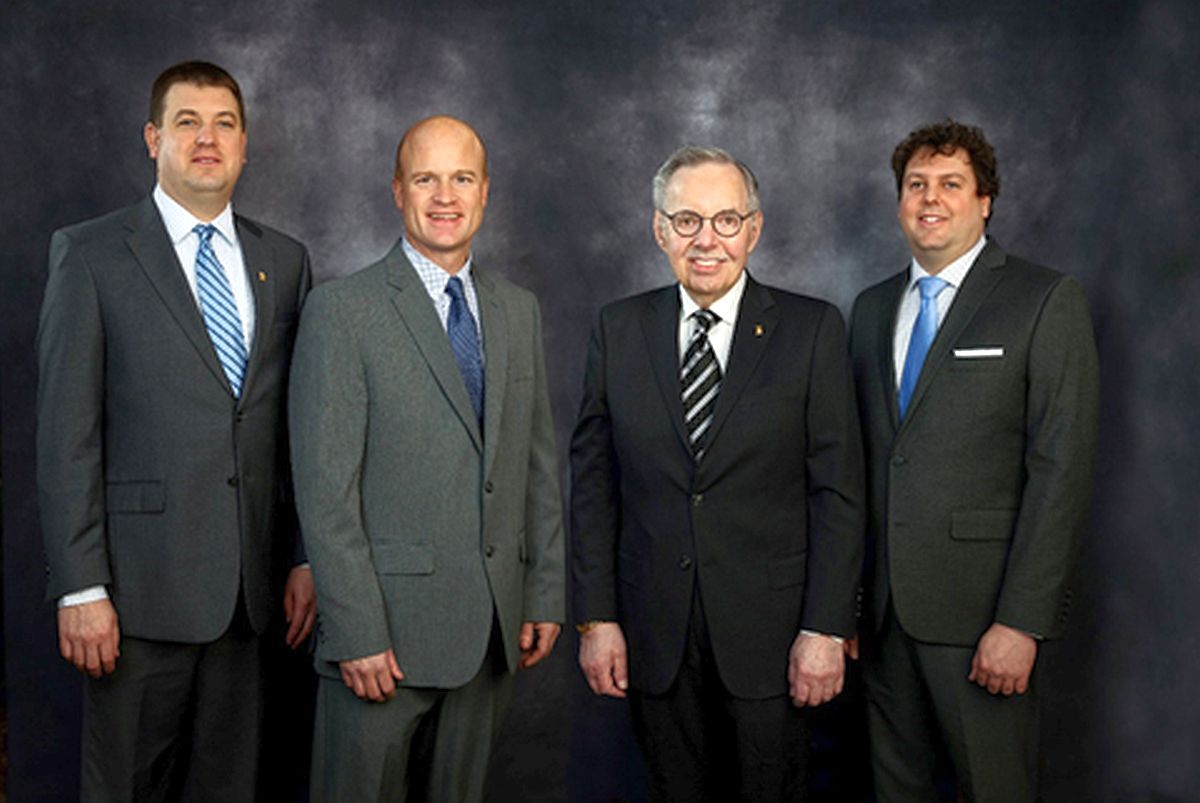 John J. Oliver, Sr., President and Owner of U.S. Granules Corporation (USG), a world leader in the production of specification aluminum granules with manufacturing facilities in Plymouth, Indiana and Henrietta, Missouri, is pleased to announce the promotions of Nick Chaney, Bryan Howard, and Zach Scott.  All three are Marshall County natives and graduates of Plymouth High School.

Nick Chaney has been promoted to Executive Vice President, responsible for company-wide oversight of all corporate and administrative departments and plant facility operations, as well as continued execution of business development.  Nick began his career with USG in 2007 as Laboratory Technician.  In 2010 he was promoted to Project Manager, carrying out numerous mission critical initiatives while continuing his involvement in quality assurance.  This position provided him the opportunity to work closely with the USG production team, and, in 2012, he was promoted to Manufacturing, Engineering, and Facilities Manager, responsible for company-wide production scheduling, process control, and the engineering design, installation, and maintenance of manufacturing equipment and facilities.  As Nick continued to build on this role, he was promoted to Vice President, Operations in 2016.  Nick is a graduate of Manchester University with a Bachelor of Science in Physics.  Outside of USG, Nick is involved with Junior Achievement of Marshall County serving as Board President, volunteering as a coach for multiple youth athletic teams, and color commentator for WTCA’s broadcasts of Plymouth boys’ basketball games.

Bryan Howard has been promoted to Vice President, Administration & Technology responsible for company-wide oversight and execution of administration, human resources, safety, and quality assurance.  He began his career at USG in 2010 as Laboratory Technician and grew his responsibilities including promotion to Quality Assurance Manager in 2012.  In 2019, Bryan was promoted to Administration Manager, responsible for human resources, while continuing his involvement with quality assurance.  Bryan graduated from Butler University in 2007 with a Bachelor of Science in Biology and Chemistry.  Outside of USG, Bryan is involved with the Young Professionals Network of Marshall County (YPNMC), Discover Plymouth, a member on Marshall County’s local board for the Indiana Alcohol & Tobacco Commission (ATC), and serves as the Treasurer for the Marshall County Republican Party.

Zach Scott has been promoted to Vice President, Operations responsible for company-wide oversight and execution of plant facilities production and maintenance departments.  Zach worked as part of the USG plant facilities summer internship program from 2002 thru 2006 while pursuing a degree in mathematics at Manchester University, graduating in the spring of 2006.  He began his full-time career at USG in 2011 as a maintenance technician as well as the company’s safety coordinator.  In 2016, Zach was promoted to Plant Engineer, where he continued to build upon his role in maintenance and gained responsibilities in production process control, taking on responsibility for manufacturing equipment design and implementation.