The Libertarian Party of Indiana is Leveling Up in 2022 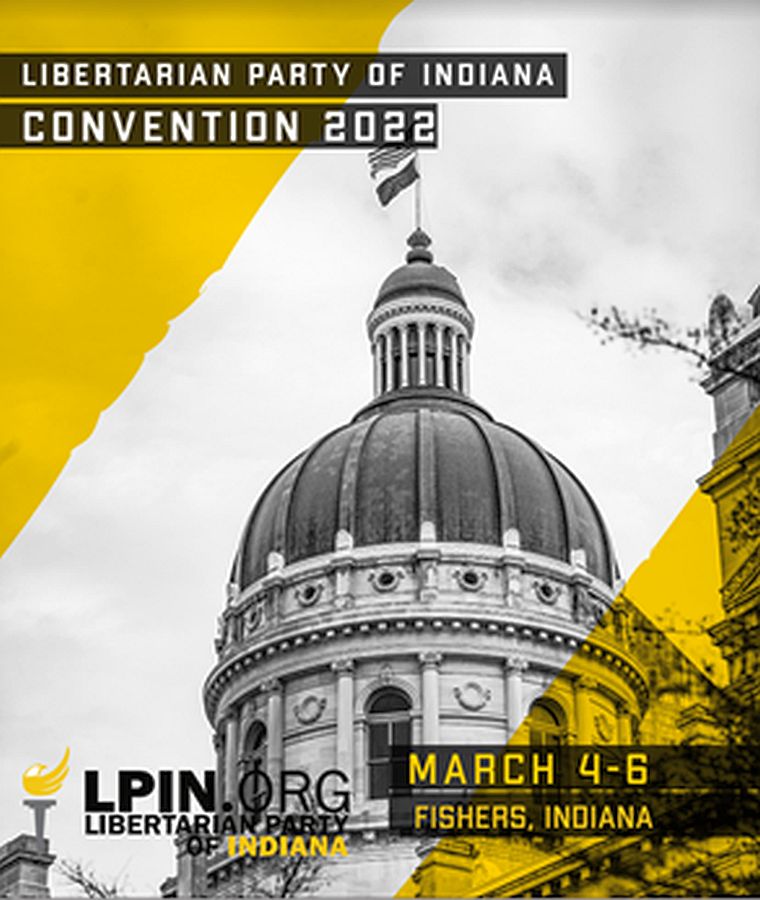 The Libertarian Party of Indiana (LPIN) held its annual state convention this weekend in Fishers, IN.  Excitement filled the air as the party geared up for the 2022 election year.

The convention kicked off Friday Night with a social event and a debate between Libertarian senatorial candidates William Henry and James Sceniak.  Both candidates debated well, enrapturing the nearly 80 delegates and members of the public in attendance.

After a short break for lunch, the real meat and potatoes of the weekend began.  The 2022 Business Meeting proved especially exciting as the party nominated candidates for the federal and state-level races up for election in the 2022 Midterm. Over 130 delegates gathered to make these important decisions.

“I’m honored by this nomination, and I look forward to bringing a fresh, modern approach to Washington, D.C.!” James exclaimed.

In a graceful and passionate concession speech, William Henry congratulated James and then fired up the crowd, urging them to rally behind the cause of Liberty for all Hoosiers.

Next up was the nomination for arguably the most important race for Libertarians in 2022, the state Secretary of State race.  This is the race that determines, among many things, ballot access for the LPIN.  In a powerful show of unity, more than a dozen delegates, including former state chairs, LPIN District Representatives, State Central Committee members, and Libertarian gubernatorial candidate of the historic 2020 election, Donald Rainwater, rose to nominate Jeff Maurer for the candidacy. Mr. Maurer accepted via video message.  Jeff will return from active military service in a few weeks and immediately begin campaigning.

The Convention weekend capped off with the annual Awards Dinner.  Chris Spangle, founder of the We Are Libertarians podcast network, returned to his Hoosier roots to emcee the evening.

“On a map showing Libertarian votes, Indiana lights up like a Christmas tree!”

The night served as a highlight of the great things happening in the LPIN and the State of Indiana.  The Libertarian Party of Indiana is the greatest Libertarian affiliate in the nation, and they are willing to put in the work to see Libertarians get elected and the message of Liberty be spread across our great state!