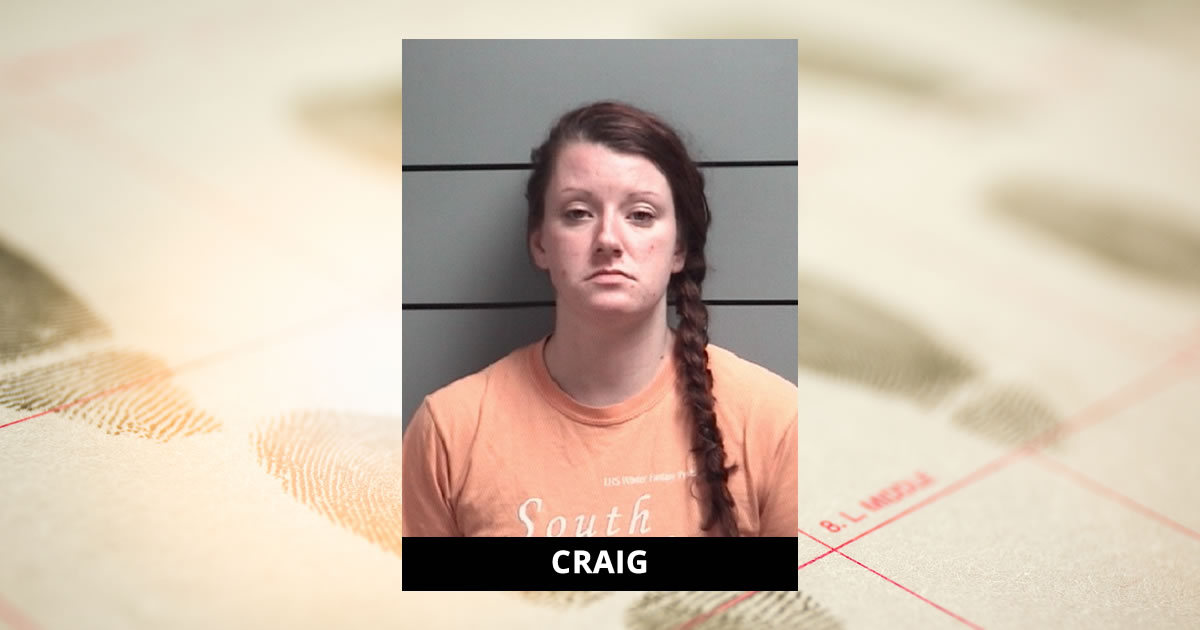 On Saturday, March 5th at approximately 5:00 p.m. a Marshall County Sheriff Department deputy conducted a traffic stop with a vehicle in the area of State Road 10 and US 31. The driver of the vehicle was identified as 31-year-old Kandice Craig of South Bend.

During the traffic stop, K9 Officer Diesel was deployed and alerted to the presence of narcotic odors in the vehicle. Upon conducting a search of the vehicle, suspected heroin, methamphetamine, and crack-cocaine were located in the vehicle along with drug paraphernalia and syringes. Kandice was also found to hold a license with the status of suspended – prior. A juvenile was also present in the vehicle.

Kandice Craig was transported to the Marshall County Jail and booked for neglect of a dependent, possession of cocaine or a narcotic drug, possession of methamphetamine, unlawful possession of a syringe, driving while suspended – prior, and possession of paraphernalia.

Kandice Craig was able to bond out about 11:15 Friday night.