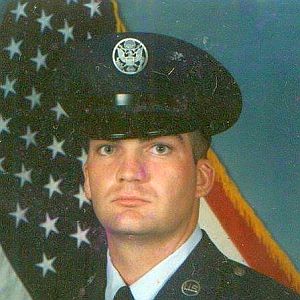 Bill was born on February 2, 1971 to Thomas and Lillian (Miller) Paterson in Plymouth, IN. He has been a lifelong resident of the area and graduated from Oregon Davis High School in 1991. He served in the United States Air Force from 1991 -1997. He worked for USF Holland Trucking as a dock worker and later worked at Meijer Department Store in South Bend, IN. He enjoyed car racing, particularly sprint cars, action movies, cartoons like “Tailspin”, anything mechanical, airplanes, and his St. Bernard, Clyde who passed away.

Bill is preceded in death by his brother, Jim Paterson.

In lieu of flowers, the family asks that memorial contributions be made to Hospice and/or David’s Courage (10924 Lincoln Hwy, Plymouth, IN 46563).

Deaton-Clemens Van Gilder Funeral Home is privileged to be entrusted in assisting the family with arrangements. Condolences or memories may be left at: www.deatonclemensvangilderfuneralhome.com