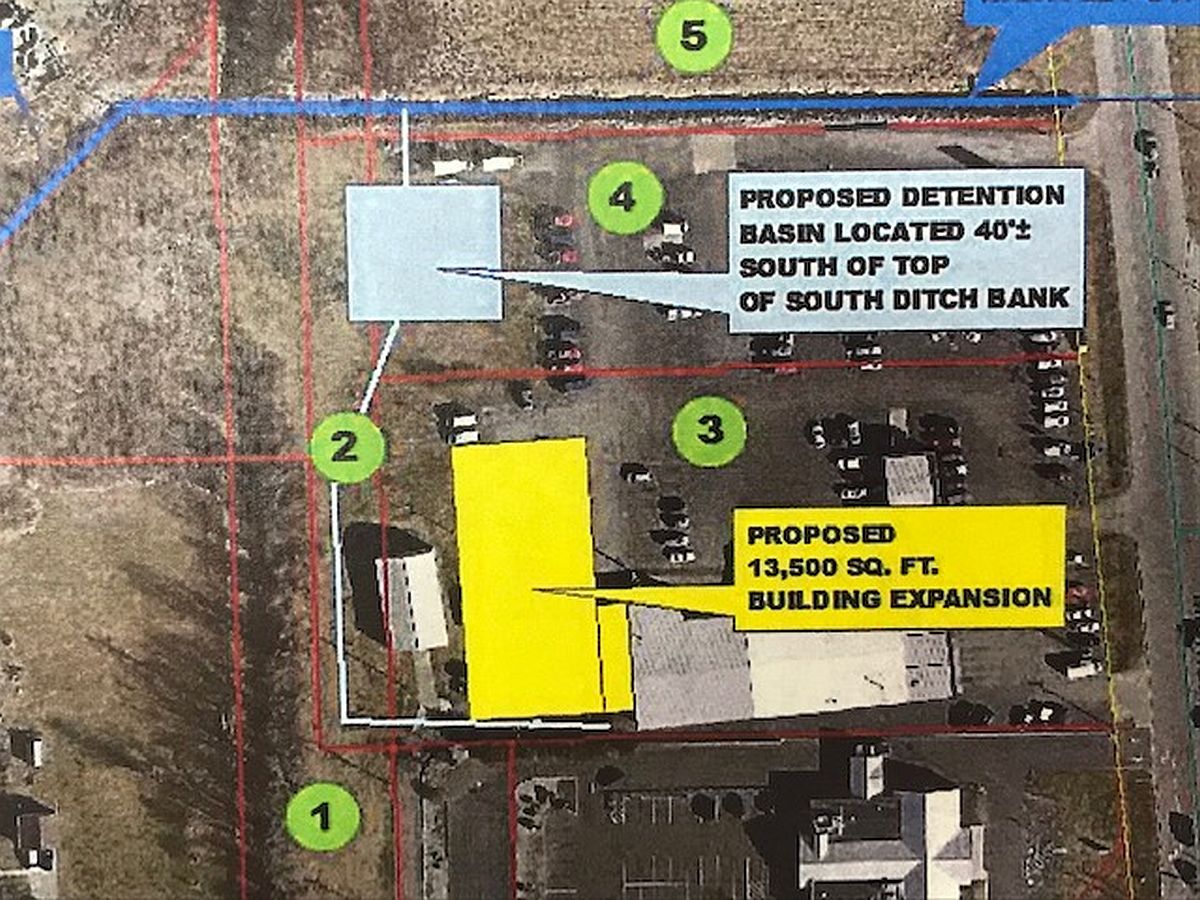 Rick Styka representing Norfalk Properties/Auto Park and Dan Sellers from Territorial Engineering appeared before the Marshall County Drainage Board again seeking a variance for the setback of a new drainage basin.

County Surveyor Craig Cultice gave a brief history saying Norfalk needed a variance for a light post basin that was installed too close to the ditch.  Then they received a variance for a crossing over the Rightley Ditch and finally a variance was granted to allow black top to be within 10 feet of the north ditch bank.

Mr. Styka said the Auto Park is going to build a 14,000 square foot addition at the back of the current building. They have proposed a detention basin in the northwest corner of the property that would be 40 feet from the property line.  He also said they are working to bring the four individual lots the business set on into one single property.

Drainage Board president Kevin Overmyer asked if this was the end of the variance requests or would they be coming back for more.

The variance is for the location of the detention basin being too close to the property line.

There was concern of them getting the four individual properties into one parcel and the motion was made by Mike Burroughs to table the variance request until the properties are combined and a deed is shown as proof.  The motion died for lack of a second.

Stan Klotz made a motion to approve the variance on the condition they are able to create the one lot for the business and then appear back before the Drainage Board in March for a report on the progress of creating the one single lot out of the four lots. The motion passed 4 to 0.