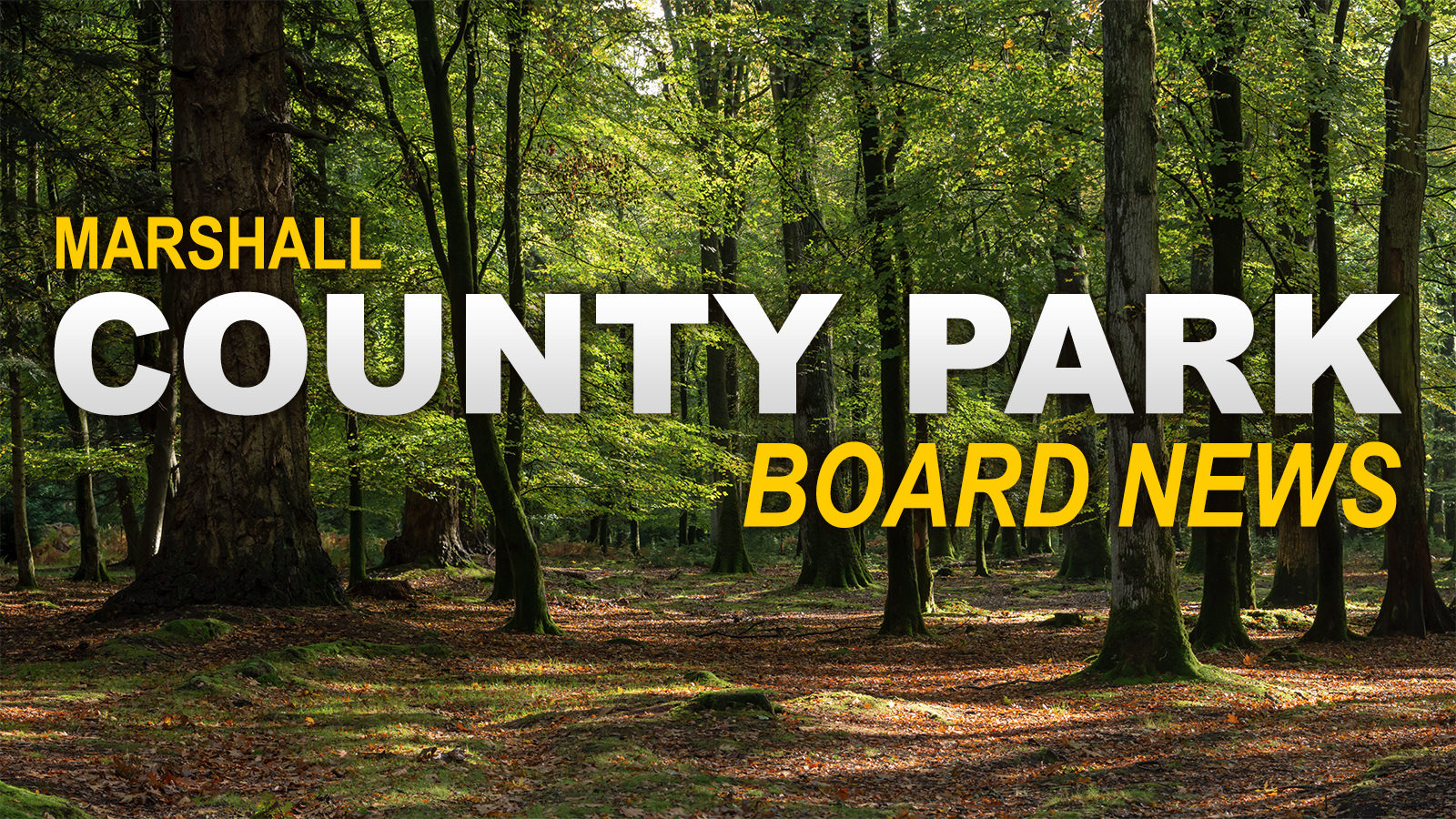 Members of the Marshall County Park and Recreation Board met last week for a short meeting.  Members heard from the Secretary that there were no claims and no donations to report. Under Old Business was the Mill Pond Bike Trails and the committee members present said it’s cold and snowy out so nothing much is happening.  They do still intend to have the next trail section open by Memorial Day.

There was also an update on the Trustee Cabin project.  The contract to move the log cabin to the Memorial Forest by taking it apart and reassembling it was signed by both the Marshall County Park Board and Yoder’s Log & Timber Pros.  Members are still looking for the appropriate site to locate the cabin and may meet on site to make a final decision.

Park Board member Dick Markley said he did find out they will need a building permit when they are closer to starting the project.  There is no cost for the building permit since the County’s Park Board is seeking it.  Park Board members were also given the setback requirement to help in determining the right location for the cabin. At this point Yoder’s Log & Timber thinks the project will be mid to late August.

Board member Deb VanDeMark said she spoke with NIPSCO and they can place a dusk to dawn security light on the pole across the street from the park for a lesser charge but it won’t shine into the drive very well.  NIPSCO can set a pole on the park property for a charge.  Board member Adam Thada suggested making a determination on the light and the cabin at the same time.

As for the update on the Canoe/Kayak launches, Terry and Tammy Borggren couldn’t attend the meeting Thursday night.  They are still looking at locations for launches along the Yellow River where the county has bridges.  He told Deb VanDeMark he spoke to a County Commissioner to see if they could help work a launch site into some of their upcoming bridge projects.

Park Board member Brian Main told members the Bremen Kayak launch should be starting construction in the next few weeks so if anyone is interested in watching the project from start to finish.  The project is on 106 where it crosses the Yellow River right near McDonalds.  It’s all part of a restoration project to fix an erosion issue.  They are to start mobilizing this week or next.

The Board Secretary said she submitted the Arrowhead Grant on January 21st and a decision on award should come later this month.  The grant is in the amount of $5,000.