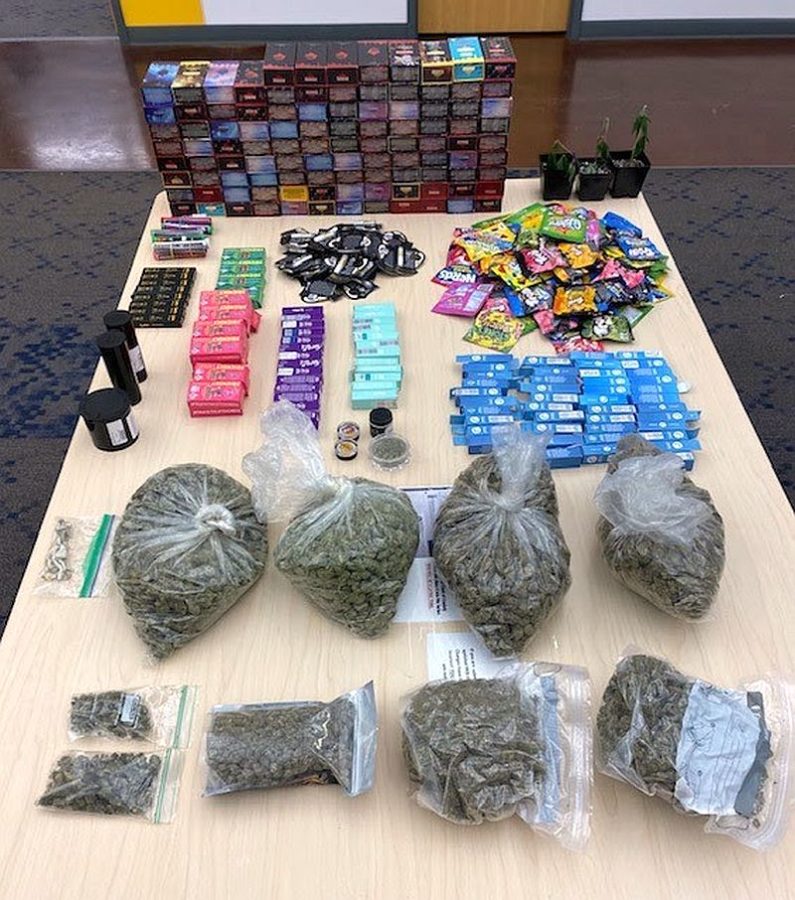 A traffic stop on the Indiana Toll Road lead to the discovery of several pounds of raw marijuana, THC edibles, and other THC products last night.

On February 13, 2022, at approximately 10:27 p.m., Trooper Samuel Waterhouse stopped a silver 2019 Ford Escape on the Indiana Toll Road after observing it commit a moving violation as it travelled eastbound near the 104 mile marker.  This is approximately three miles west of the Middlebury Exit.