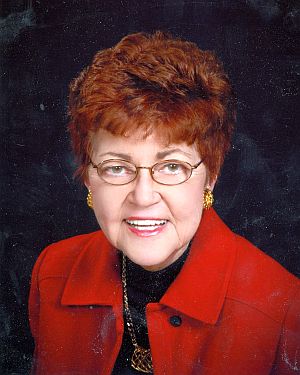 Jane E. Wallace, 82, passed away peacefully on Saturday, February 5, 2022 at Brentwood of LaPorte Senior Living. Born on September 21, 1939 in Sheboygan Falls, Wisconsin, she was the daughter of William and Elizabeth (Pongratz) Schneider.
Jane attended Sheboygan Falls High School, graduating with the class of 1957. She would meet this wonderful man named William he was serving in the Navy, and they would be married on June 25, 1959 in Sheboygan Falls, WI. He would precede her death on January 7, 2022.
Jane was known as a hilarious happy go lucky outgoing woman who loved to cook family meals every night. It has been said that you would never go away hungry when visiting with her because she would cook enough to feed the Navy. She was mostly well known for her “nannie brownies” and her Filipino Lumpia.
Jane spent time with the Knights of Columbus working the fish fry’s as well as working the Blueberry Festival pancake breakfast. Always a well put together lady and was a bit famous at St. Michael’s Catholic Church for the hats that she wore.
She was a member of Lions International and the Plymouth Red Hat Society.
She is survived by her children: William (Shawnee) Wallace of Canton, GA; Stephanie (Tim) Ward of Bremen; Julia Kovachek of Grayslake, ILL; brother Joe (Sharon) Schneider of Sheboygan Falls, WI; 6 grandchildren and 5 great-grandchildren.
Jane is preceded in death by her parents and husband William, son-in-law David and grandson Gerald.
Visitation will be held on Friday, February 18, 2022 from 5-7 pm at the Johnson-Danielson Funeral Home, 1100 N. Michigan Street, Plymouth. A rosary will be held at 7 pm.
Mass of Christian Burial will be held on Saturday, February 19, 2022 at 11 am with Fr. Fernando Jimenez officiating.
Burial will take place in the St. Michael’s Catholic Cemetery, Plymouth.
Memorial Contributions can be made to the Plymouth Lions Club, 501 E Jefferson St. Plymouth, IN 46563.
Condolences may be sent to the family through the website:  www.johnson-danielson.com<http://www.johnson-danielson.com>.