Return to Normal sings their Indiana Heritage at Wild Rose Moon this Weekend! 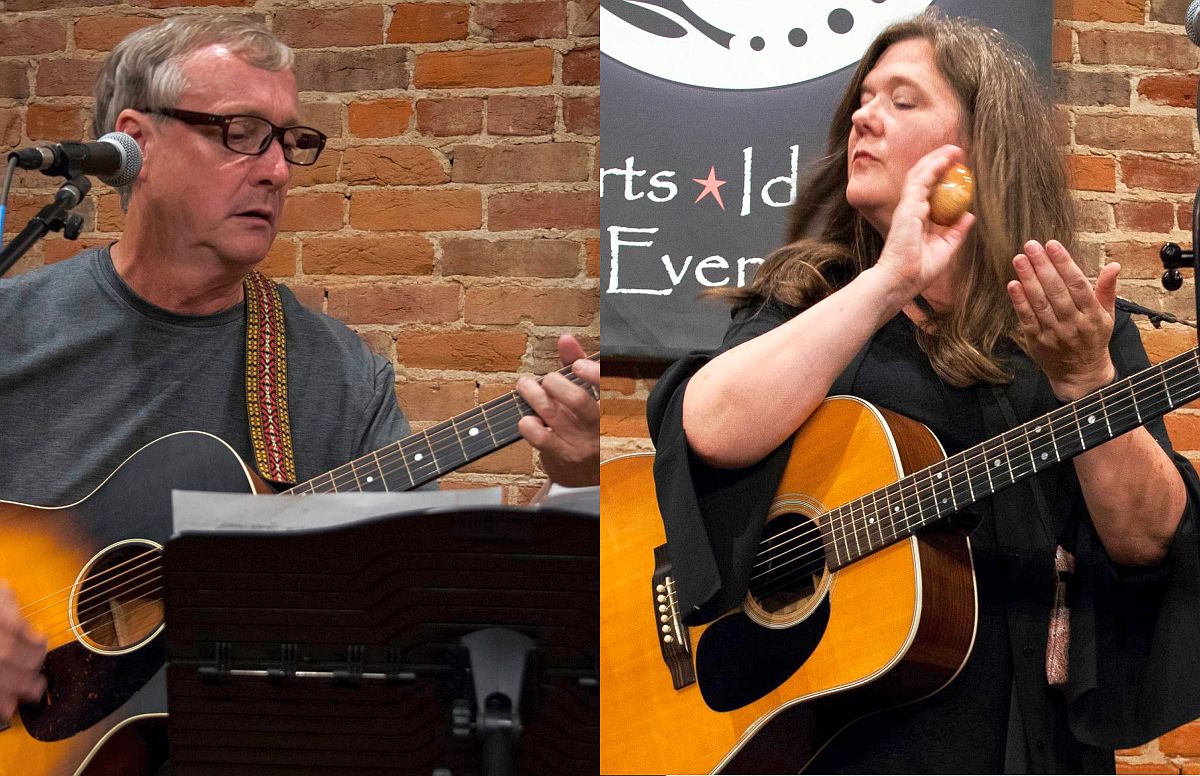 Return to Normal, a husband and wife duo, featuring Marty Lucas and Corrine Becknell Lucas, have been performing together for almost four decades. During that time they have put out a series of five original albums, lushly arranged, with captivating lyrics full of the art of storytelling.

Marty Lucas says of their music, “We have aspects of our music that are certainly harmonically complex; we’ve drawn a lot from jazz music in that respect. In terms of content, lyrics are very important to me and we really draw a lot from the folk tradition there.”

The band’s most recent release, On a Dream Sea, is a folk-jazz collection drawing not only on the roots of folk music (in the Old World tradition) but also the band’s original background in electronica. The band worked with collaborators from Argentina, Germany, the UK, North Carolina, and Tennessee resulting in an intricate album full of world influences. In the song, “Talking to Myself,” Corinne uses her richly toned alto to sing a haunting unrequited love song, “My mouth was dry, and I just didn’t feel right . . . I’ve got pieces of the past, torn and broken . . .” During the song, single notes on the grand piano unfold in front of a Celtic-sounding melodeon and the song passes through the ears like a beautiful processional dirge—the true expression of a sorrowful broken heart.

George Schricker, director of the Wild Rose Moon, says of the duo, “Their music is so thoroughly fascinating, layered with meaning and instrumentally developed.  I mean their musical interests span all the way from Steely Dan to Hoagy Carmichael and their arrangements reflect this breadth of influences. To find a band like Return to Normal close at hand is just extraordinary.”

Marty and Corrine are native Hoosiers, respectively growing up in North Judson and Bourbon. They are proud of their heritage and immortalize it in many of their songs.  Their album, Blinking in the Brackens has a song entitled “Conjuring Steam,” which features an authentic North Judson train blowing in the background as captured from the front porch of their house in North Judson. In addition, the song, “Tyburn Fair,” harks back to the old world in England and tells a tale from the Luddite Rebellion.

If you would like a delightful mix of interesting musical experiences, rooted in history and seasoned with the deep love of two songwriters thoroughly attuned to their craft, Return to Normal, will be appearing at the Wild Rose Moon Performing Arts Center on February 19th at 4 p.m. for the taping of the Wild Rose Moon Radio Hour, and in concert, at 8 p.m.  Tickets are $10 and $15 dollars respectively and can be purchased online at www.wildrosemoon.com or in Plymouth at ASK for Flowers, or at Wild Rose Moon.  Wild Rose Moon is located at 115 North Michigan Street in Historic Downtown Plymouth.