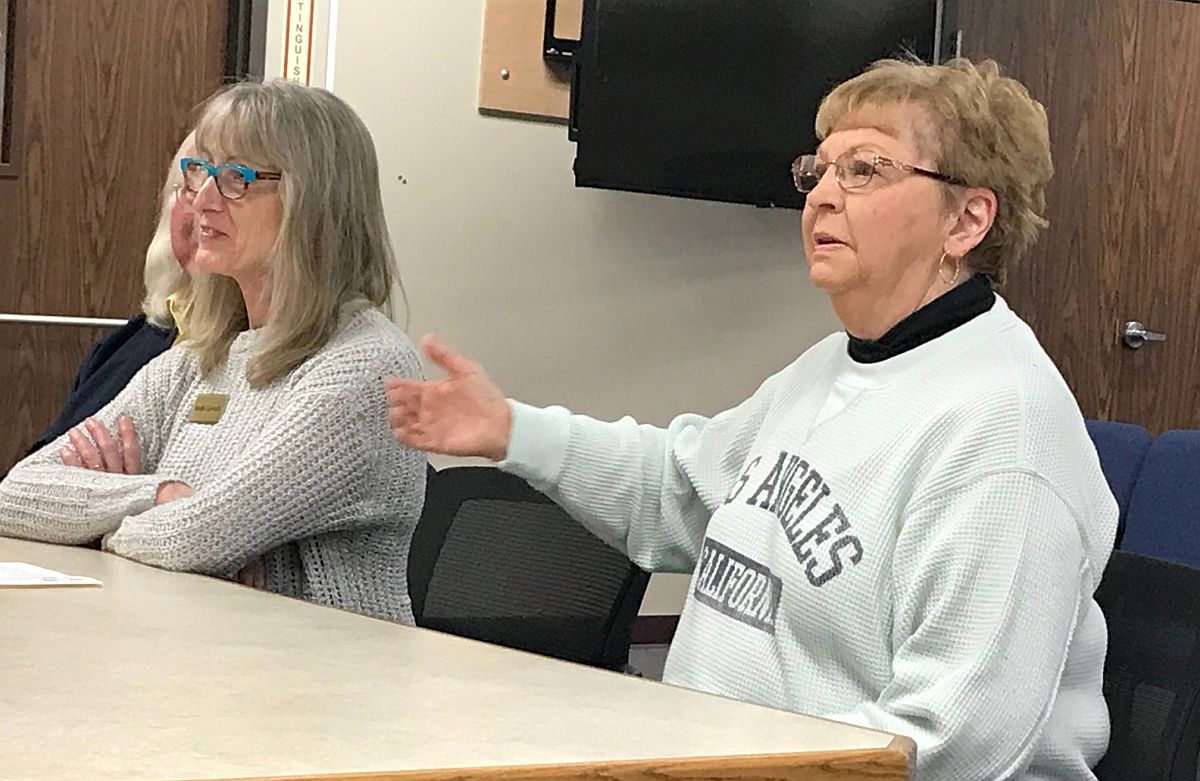 Tuesday morning the Marshall County Commissioners appointed Sandy Garrison as the new director of the Museum.

Garrison replaces Linda Rippy who retired after 30 years as Museum Director.  While both women attended the commissioners meeting for their quarterly report, Garrison took over telling the commissioners they had over 7,000 people visit the museum in 2021.  The count included 6,410 citizens from Marshall County, 447 from Indiana, 353 from other states and 11 from out of the country.

Garrison was excited to praise the volunteers at the museum who contributed over 3,300 hours of service. She also told the commissioners the front window of the museum has been changed to highlight the 150th anniversary of the Marshall County Courthouse.  They even have a life-size replica of the clock face.

The Marshall County Commissioners also took time to honor Linda Rippy for her service to the county. Commissioner Kevin Overmyer read the resolution that said, “It’s a resolution in recognition of the accomplishments and contributions for Linda Rippy.”  He went on to read the resolution that says Linda began working for the county in 1992 as a clerk at the museum.  In 1996 she was appointed Director of the Marshall County Museum and served for 29 years.  He spoke about the increase in visitors to the museum because of the exhibits and programs Linda has brought to the museum as well as the community events the museum has participated in.   They honored her for her service to Marshall County.