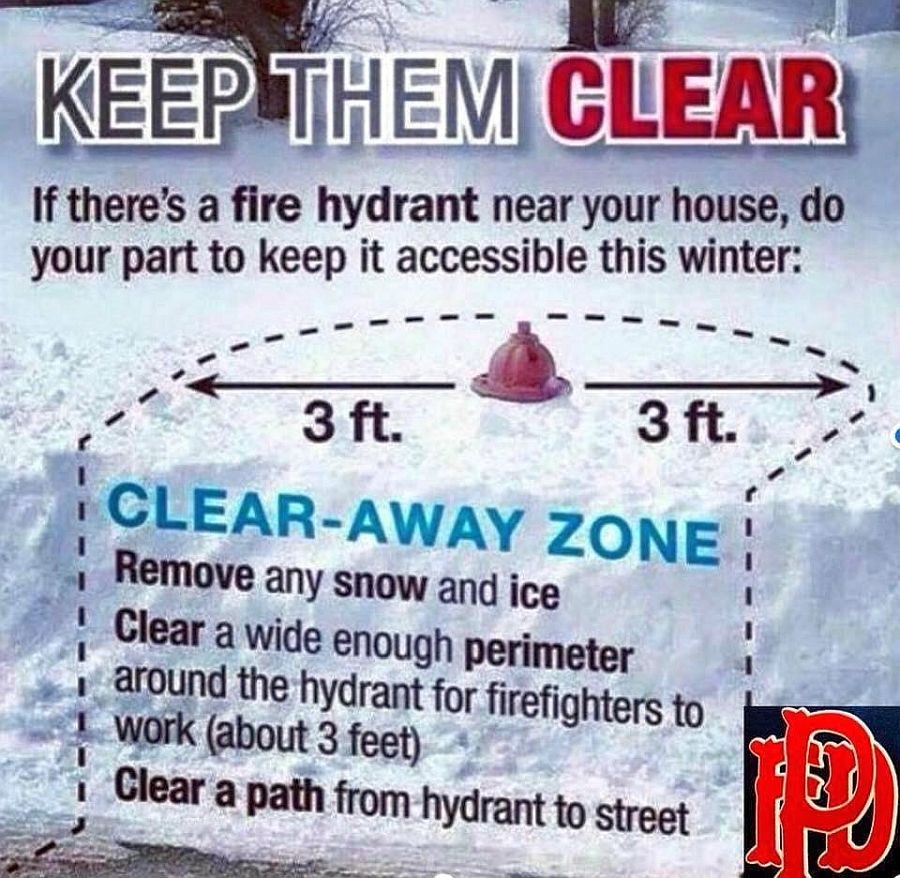 Taking a little extra time could save your life or maybe your neighbors.

While most of the fire hydrants in the City of Plymouth have a hydrant marking stick to help firefighters locate the hydrants in an emergency, the snow can be another issue.

The Plymouth Fire Department and surrounding departments are asking citizens to take responsibility and shovel the snow from around the fire hydrant.

A lot of people don’t think about clearing snow from around the fire hydrants in their neighborhood, especially when they’re feeling overwhelmed with the task of trying to shovel out buried vehicles or in a rush to get on the road, but every second is precious when it comes to fighting a fire. By taking a couple of minutes to clear out the snow around your fire hydrant, it could mean the difference between life and death.

If a hydrant is covered in ice, even more valuable time is lost when there is a fire and firefighters must focus their efforts on uncovering a fire hydrant.

The bottom line is this… by taking a couple of minutes to clear the snow on and around your fire hydrant, you’re not only helping our local fire departments, but you’re helping to prevent wasting precious time that could mean the difference between life and death.

To properly clear a fire hydrant, shovel the snow at least 3 feet perimeter around the hydrant and a clear path to the street so firefighters can easily get to the hydrant.