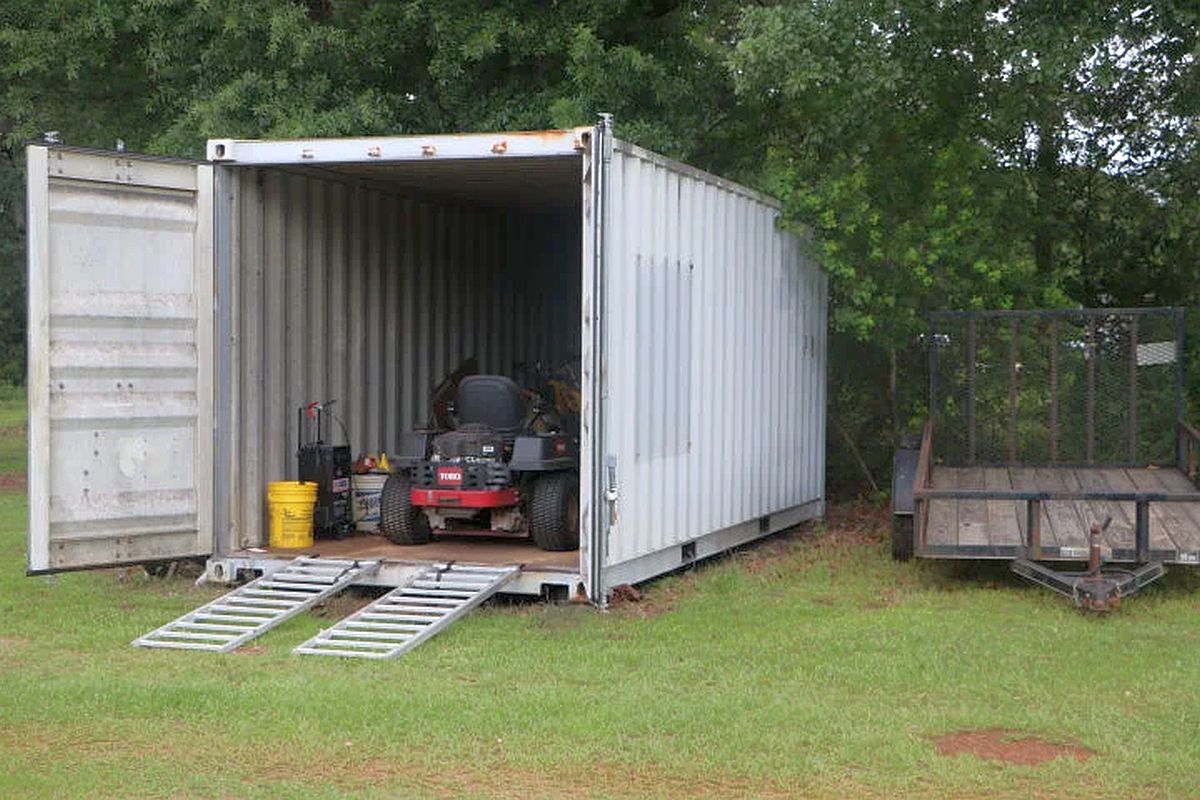 Adley said in the November commissioner’s meeting they didn’t want any regulations or conditions on the containers. He said the commissioners want us to treat them as a yard barn.

The Plan Commission wanted to only allow the shipping containers in A-1, C-1, C-2, I-1 and I-2 districts and only 1 shipping container regardless of size.  It must be the same color as adjacent structures, in good repair, used for cold storage only and if the property is over 5 acres a second one could be permitted.

Ty Adley, County Plan Director told the County Plan Commission the recommendation of the staff and Technical Review Committee (TRC) was to support the original ordinance which would allow people to apply for a variance for their specific need. Adley said the existing containers would be allowed but they would have to comply with the new regulations including setbacks. He said you can’t grandfather something that isn’t a permitted use.

Adley said, “The whole intent of the ordinance is to try to prevent shipping containers to turn into storage lockers within smaller communities on smaller lots that aren’t making contextual sense within subdivisions or around lakes.”  He clarified that property owner could seek a variance if necessary.

Board member Stan Klotz said he has heard from constituents who don’t want shipping containers in the front yards.  They don’t want one blocking their view.

Board member Jon VanVactor said in the TRC meeting members said they couldn’t support what the commissioners wanted them to recommend.  He said he’s spoken to both other commissioners and tried to make them understand “we are talking about the future of Marshall County and where we are going to go.  They just want us to blanketly give everybody a shipping container with no restrictions.”  He asked if they thought shipping containers on a lake lot or in a residential area.  VanVactor said the original ordinance could be a starting point and modified when issues show up.

VanVactor asked Commissioners Stan Klotz if he was supportive of what the Plan Commission created for shipping containers.  Klotz said, “I think we have to leave them, but I also think we need some guidelines on them to make sure they aren’t an eyesore.”  He also said he was supportive of fire departments having shipping containers for storage or a training facility. Klotz also said they need to protect the line-of-site as you come down the roadway.

Board member Dave Hostetler said the Plan Director isn’t going to go looking for people who violated the new rule unless someone complains.

The County Plan Commission opened a public hearing on the discussion although there were no comments.

Jon VanVactor motioned to keep the ordinance as presented and Chris Kline seconded the motion.  It passed with a 7-0 vote and now heads back to the County Commissioners for consideration.