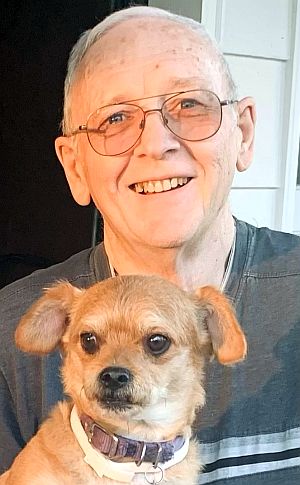 Charles was born the son of Charles D. and Genevieve B. (Elkins) Nettrouer on July 29, 1947 in South Bend, IN. He graduated from Plymouth High School and was a member of St. Michael Catholic Church. He married Patricia L. Hartman on January 4, 1969 in St. Michael Catholic Church of Plymouth, IN. He was a member of Knights of Columbus and was fond of being the Bingo Announcer. He served in the United States Army for 2 years during the Vietnam War.  He worked as a dairy farmer, a salesman at Vigortone, a truck driver at Redimix, and a maintenance custodian at St. Michael Catholic Church, Ancilla College, and Argos Community School. He enjoyed coaching ragball and softball, bowling, being outdoors, doing yardwork, having cookouts, playing cards and going to breakfast with his siblings as well as attending and supporting his grandchildren in their activities.

Charles was preceded in death by his parents, Charles and Genevieve; and his brother, Kenneth Nettrouer.

Burial will take place in Oak Hill Cemetery (Plymouth, IN).

Memories or condolences may be shared at: www.deatonclemensvangilderfuneralhome.com.