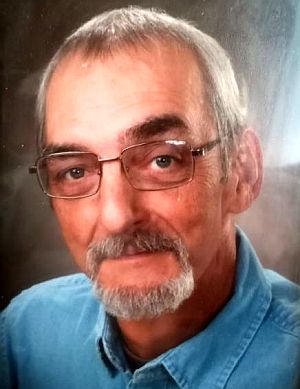 Dwayne was born the son of Daily and Mayfre (Flechter) Potter on September 22, 1964 in Campton, KY. He graduated from Breathitt Co. High School in Jackson, KY. On December 1, 2006 he married Karen Bunn. He worked for R.R. Donnelley and Sons Co in shipping and receiving until his retirement in 2018. He enjoyed fishing, hunting, gardening, playing bluegrass music on his guitar, working on cars and spending time with his grandchildren.

Dwayne is survived by his wife, Karen; his daughter, Crystal Quint of Plymouth, IN; his stepdaughters: Kristi Hawkins of Indianapolis, IN; Amanda (David) Ramsey of St. Louis MO; Rebekah Faridi of Connecticut; Rachel (Jeff) Hemminger of Indianapolis, IN; 13 grandchildren; 1 great-granddaughter; his brothers: Roger (Cindy) Potter of Monterey, IN; and John Potter of Monterey, IN.

Dwayne is preceded in death by his parents; his son, Aaron; his sister, Theresa Neece; and his brother, Thomas Potter.

Cremation has been chosen and there will be a Celebration of Life scheduled at a later date.

Memories or condolences may be shared at: www.deatonclemensvangilderfh.com.