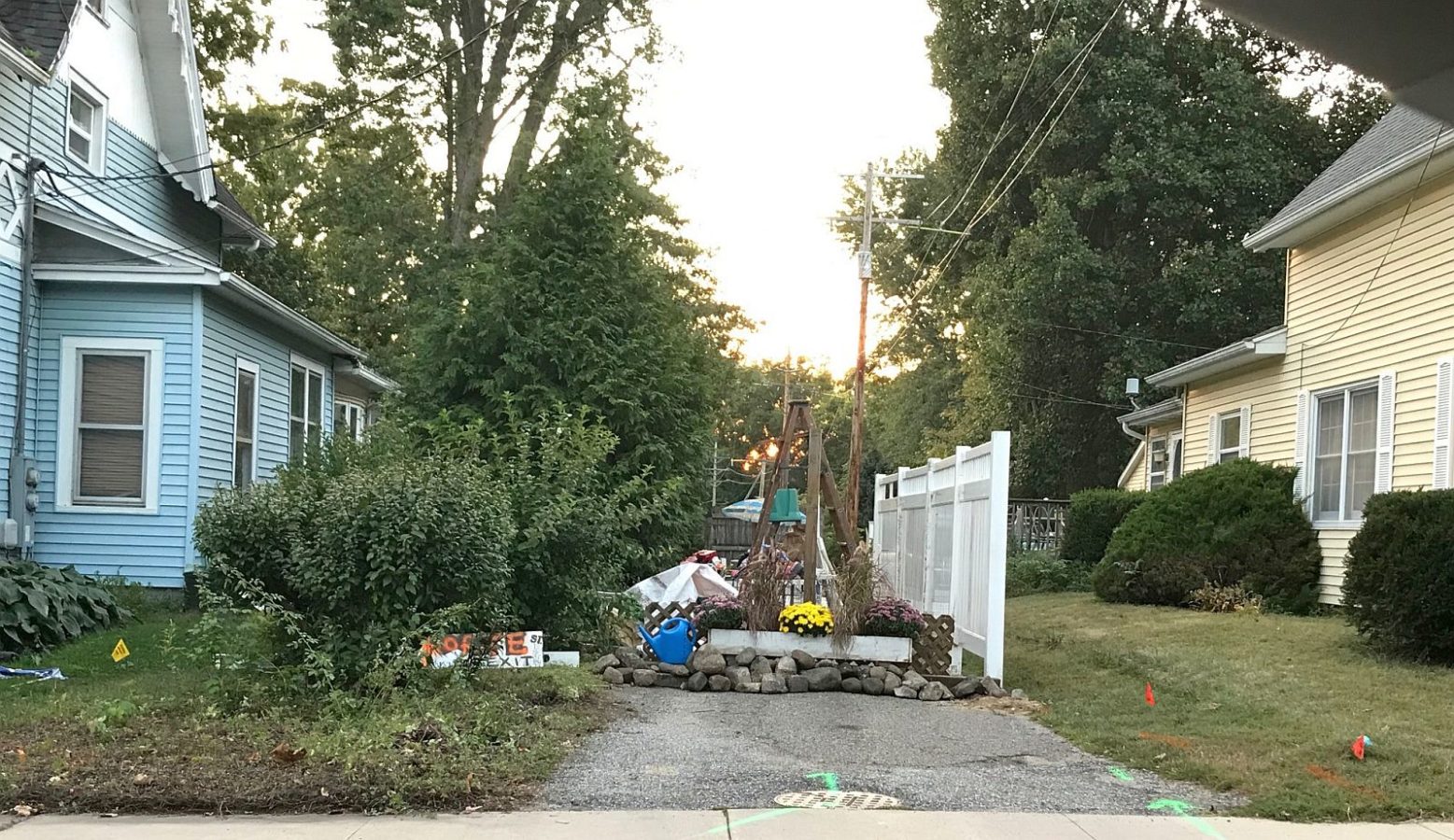 The trial between the City of Plymouth and Philip and Audrey Blessman set for Tuesday, January 25th was continued again according to City Attorney Sean Surrisi.

This court case is about the alley just north of 114/116 South Liberty Street in Plymouth.  The city is seeking a permanent injunction to clear the obstruction to the alley easement, placed there by the Blessmans.

In August Mrs. Blessman contacted the City Office about the status of the alley and the possibility of vacating the alley.  The request was given to the city attorney who reviewed the deed and found no mention of an easement.  He also contacted the street superintendent who said they don’t plow or maintain the alley.  The city’s utility superintendent advised that there was a water main and fire hydrant line in the alley.  After his review the city attorney told the Blessmans that they could proceed with the fence as long as it was to standard and didn’t interfere with the city utilities.

On September 30th the Plymouth Building Inspector issued a fence permit to the Blessmans.

Garden Court which is directly west of the Blessman property took issue with blocking the alley and hired Attorney Fred Jones.  His research discovered a 1978 affidavit from the county surveyor noting the 12-foot alley easement.  Additional documentations were located and it was found that the easement was omitted from the legal description in 2000.

After learning of the omission City Attorney Sean Surrisi contacted the Blessmans and told them there was an easement on their property for the alley and asked them to clear the obstructions.  The city also revoked the fence permit.

The two sides have not been able to come to an agreement, so Marshall Circuit Court was scheduled to hear the case on December 9th, 2021.  That hearing was continued because the Blessmans hadn’t obtained a lawyer and they were going to be out of the country for a while.  The case was moved to Tuesday, January 25, 2022.

Mrs. Blessman asked for a continuance on Tuesday because she failed to obtain an attorney and because of recent medical issues.

The City of Plymouth objected but eventually the senior judge filling in for Judge Palmer granted a final continuance and reset the trial for February 15th 2022.