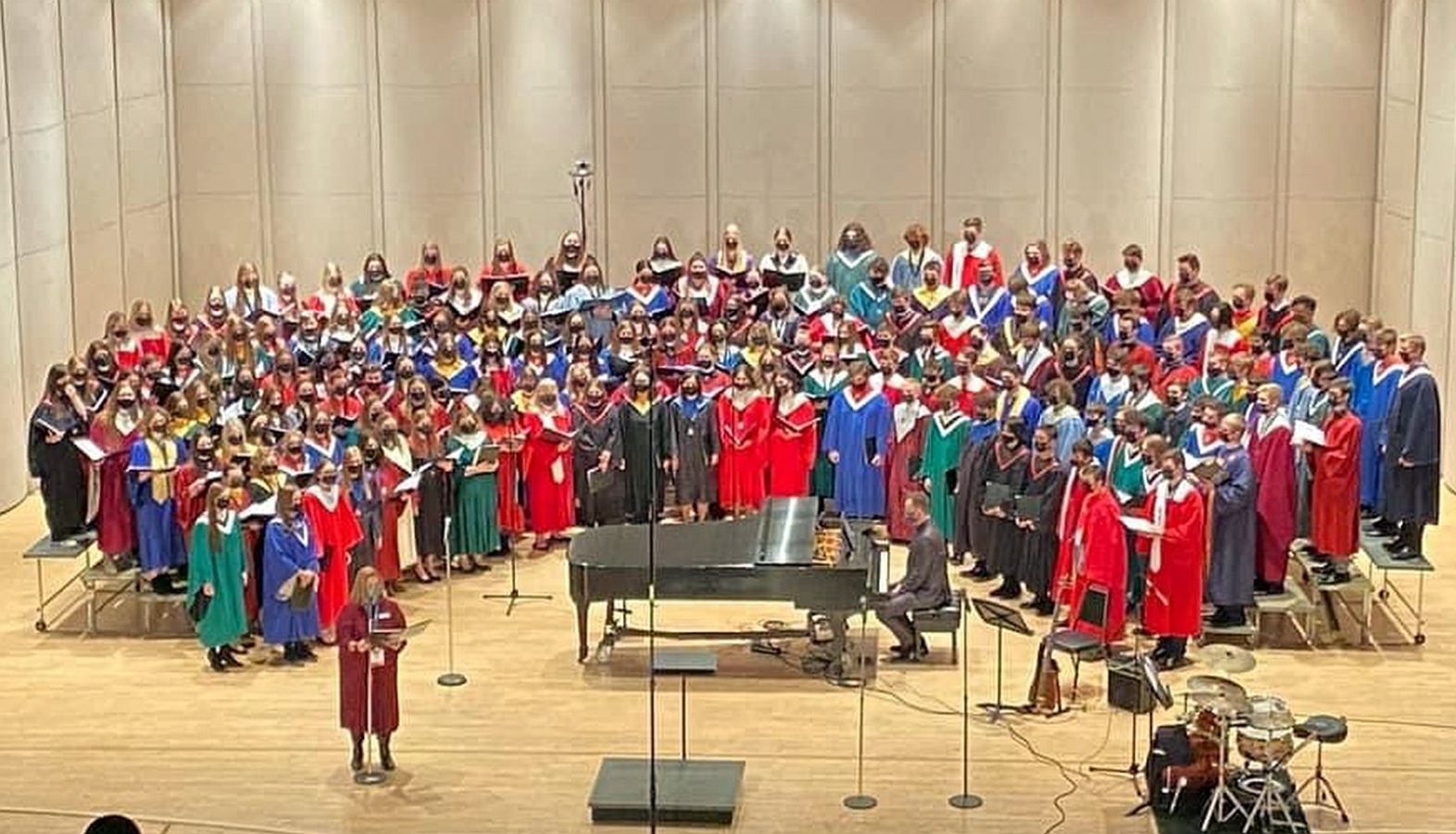 Plymouth High School Senior Cris Shortt auditioned for and was selected for the prestigious Indiana Music Educator’s Association’s All-State Choir. This ensemble is made up from the top vocal musicians from high schools across Indiana and students music go through an extended audition process to be selected for this honor.

To prepare for auditions, Cris had to prepare vocal music from a required list of repertoire and then, had to audition in person for a panel of judges. Students who were selected for this honor ensemble were notified in the fall and given music to prepare on their own prior to the event.

The All-State Choir annually performs at the IMEA convention held in January every year in Fort Wayne. This convention hosts hundreds of music teachers from Indiana and surrounding states over a weekend of clinics and performances.

When asked how he prepared for the event, Cris stated “I had to sing along with a practice track and then, I was eventually sang to the actual audition track. I also had other musicians listen to me while I practiced and prepared.”

This year, Cris was able to work with Dr. Jessica Nàpoles as the guest conductor. Dr. Nàpoles is a Professor of Vocal Music at the University of North Texas.

In addition to being an outstanding vocal student, Cris is also a member of the Plymouth High School Orchestra program. Cris plans to continue his music education after high school and pursue a degree to become a music educator.

Congratulations to Cris on being selected to the IMEA All-State Choir for a third consecutive year.