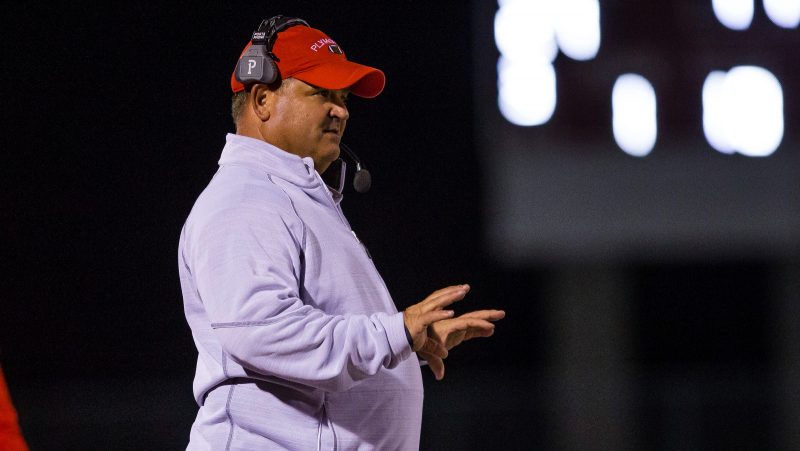 Barron will be recommended to the JGSC Board for an official appointment on Feb. 1.

Barron has been the head of the Plymouth High School Football program for 17 seasons tallying a 126-70 career record. During his tenure, Coach Barron led Plymouth to six NLC titles with the most recent coming in 2019. John has also guided Plymouth to four undefeated regular seasons and an IHSAA Sectional Title in 2015.

He will take over the Falcon Football Program that went 5-5 this past season under the leadership of former head coach Austin Foust who led the Falcons for 5 years.

The Falcons compete in the Northern Indiana Conference North/South Division since joining the NIC in 2015.