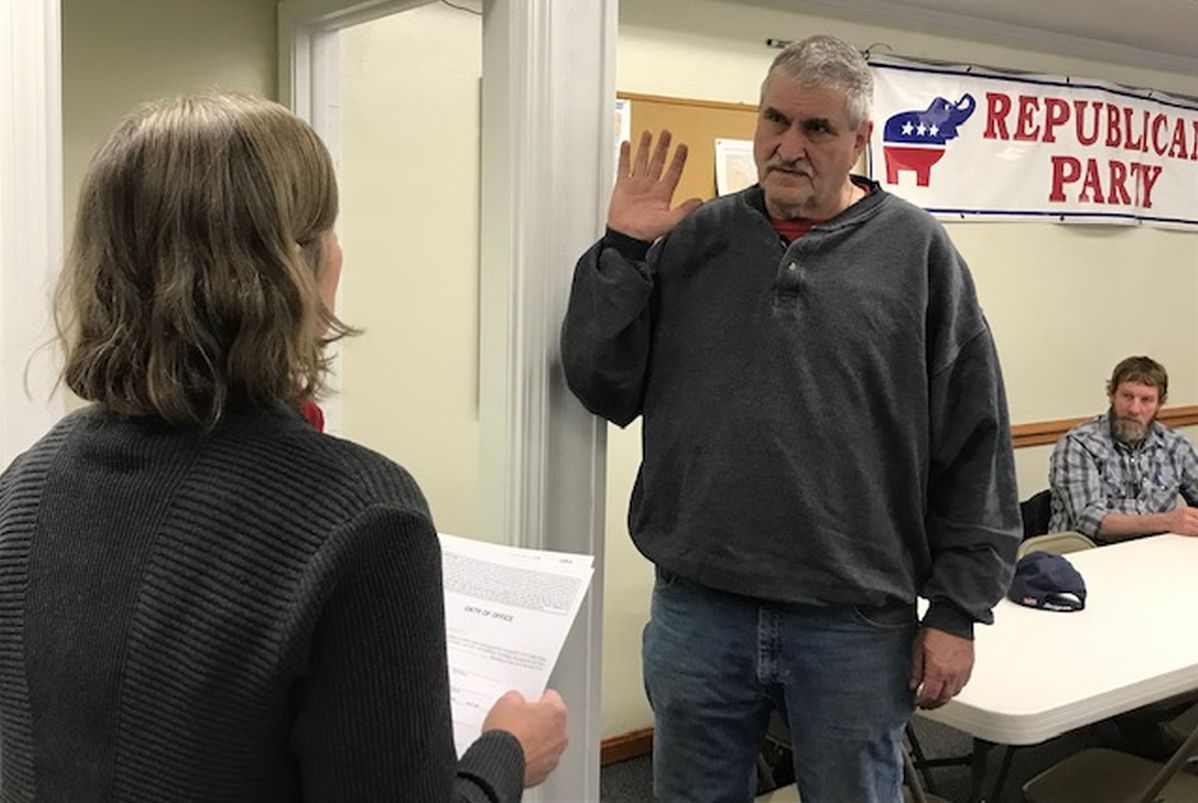 Thursday evening the Marshall County Republican Party conducted a caucus to fill a vacancy on the Polk Township Board.

Board member Jack Preston resigned effective December 31, 2021.  He still had one more year on his term.

Two candidates filed their declaration of candidacy with County Chairman David Holmes, Tim Kazanecki and Mike Norris.  Holmes gave each candidate 5-minutes to tell the two voting members why they would be the best Polk Township Board member.

Kazanecki said he has basically lived in Polk Township 99% of his life and he plans on staying in the township the rest of his life.  Tim said, “I complain and complain about things and my wife said you should do something about it, so I guess this is my opportunity to do something about it.”  Kazanecki said his working career had been in construction and he has a little get-to-gather place in Tyner.

Mike Norris said he’s been around Tyner most of his life and he operates a diesel repair shop.  His interest was piqued when the discussion about a regional sewer district was recommended for the Tyner community.  He’s interested in Tyner and what happens there so Norris said, “When I heard there was an opening of the Township Board, I figured I could help and be a good advisor.”

The Republican precinct committee members from Polk Township voted and Tim Kazanecki was the winner.  He was sworn into office by County Clerk Deb VanDeMark immediately following the caucus.

Since the seat is only open until December 31 2022 one of both candidates can file for the Polk Township Board in the May 3rd Primary and then the General Election in November.