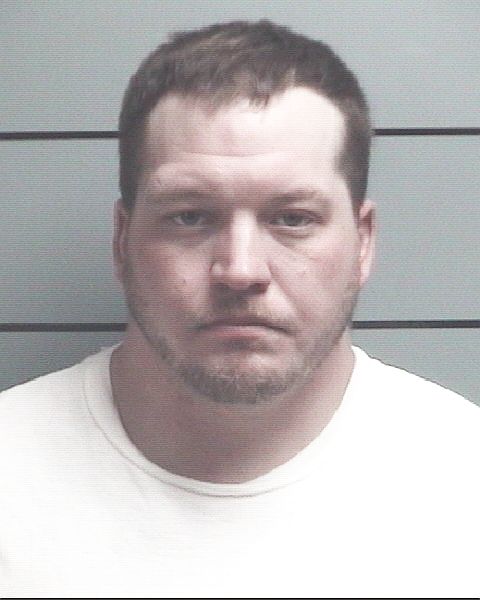 On Wednesday, January 12th, just before 5 p.m. the Marshall County Sheriff`s Department received a 911 call that originated from a residence in the 16000 block of Elm Road. During the call dispatchers could hear a female subject crying. Marshall County Officers along with Bourbon Officer Taylor Sahlhoff responded to the residence. Officer Sahlhoff located the female and received a statement from her.

During the statement the female said that she had been arguing with 32-year-old Seth Wright of Bourbon and during the altercation she was kicked in the face. She also stated that while she was trying to call 911 Seth began wrestling with her attempting to prevent her from calling.

With the assistance of the Marshall County Central Dispatch Center Mr. Wright was quickly located at a nearby residence. He was placed into custody for the Domestic Battery and Interference with the Reporting of a Crime.  He was held on a $500 cash bond.   It was also found that Seth Wright had four outstanding warrants through Marshall County for Failure to Appear.  He was held with NO BOND for those warrants.

He is scheduled to appear in Marshall Superior Court II on January 25th for his new charges.