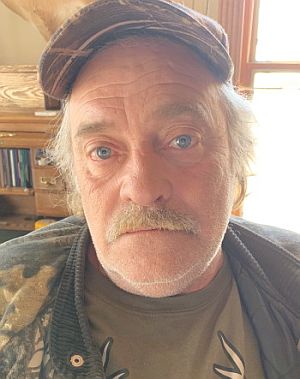 Dennis L. Johnson 62, of rural Walkerton passed away on Monday January 3, 2022 at 4:21 P.M. the result of an auto-train accident. He was born on July 27, 1959 in Plymouth to Dennis C. and Frieda (Hattery) Johnson.
He attended Plymouth Schools.
Dennis married his high school sweetheart Rebecca “Becky” Yeager on December 27, 2017 in Plymouth and she survives.
Also surviving is his son; Jeremy (Jessica) Johnson of Koontz Lake; step-sons, Dustin Glorhouse of Mishawaka; and Eric Glorhouse of Elkhart; step-daughters: Nichole Yeager of Mishawaka; Amber Rangel of Plymouth; Brittany Harper of Rochester; and Terah Martin of Teagarden; sister Cynthia Weaver of Lakeville; mother-in-law; Sandra Hjerpe of Bourbon; sister-in-law’s: Regina Yeager Elliott of Bourbon; and Ramona Yeager of Etna Green. Dennis was also survived by 1 niece and 2 nephews and many grandchildren and step grandchildren.
He was preceded in death by his parents, Dennis and Frieda Johnson.
Dennis was employed with the Papczynski Construction Company for 33 years as a laborer. He was very active in the LaPaz American Legion often delivering care packages at holidays and played Santa for several years.
Dennis was also an avid NASCAR fan and loved bantering with his wife Becky.
A Memorial Celebration of Life is currently being planned at the LA Paz American Legion to be held at a later date.
Letters of condolence may be sent to the family via www.johnson-danielson.com<http://www.johnson-danielson.com>

Judith A Schaller, 78, of Plymouth