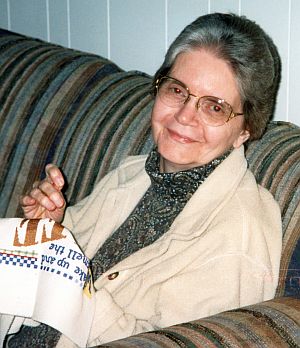 Patricia A. Kuskye, 88, passed away on Friday, December 24, 2021 at Signature Healthcare of Bremen.

Born on March 27, 1933 in Elgin, Illinois she was the daughter of Newton and Hazel (Palmer) Averill. She attended Plymouth Lincoln High School. On November 12, 1950 she married Ralph Kuskye in Plymouth, he survives.

Patricia was a gifted musician who taught piano for 14 years at Shemberger’s Music and also played the organ for 30 years for First United Church of Christ. Patricia also worked for Bottorff Chiropractic as a receptionist. She loved to travel to local and national parks as well as out west to the mountains. She was an avid reader, loved animals, playing cards and enjoyed cross-stitching. Known as one of the most gentle, kindest and faithful people that you would ever know. She was always full of love and laughter and would speak from her heart.

Patricia is preceded in death by her parents and her brothers: Robert Averill and Richard Averill.

Visitation will be held on Wednesday, January 5, 2022 from 2-3 pm at the Johnson-Danielson Funeral Home, 1100 N. Michigan Street, Plymouth. A memorial service will immediately follow with Rev. Charles Krieg, officiating.