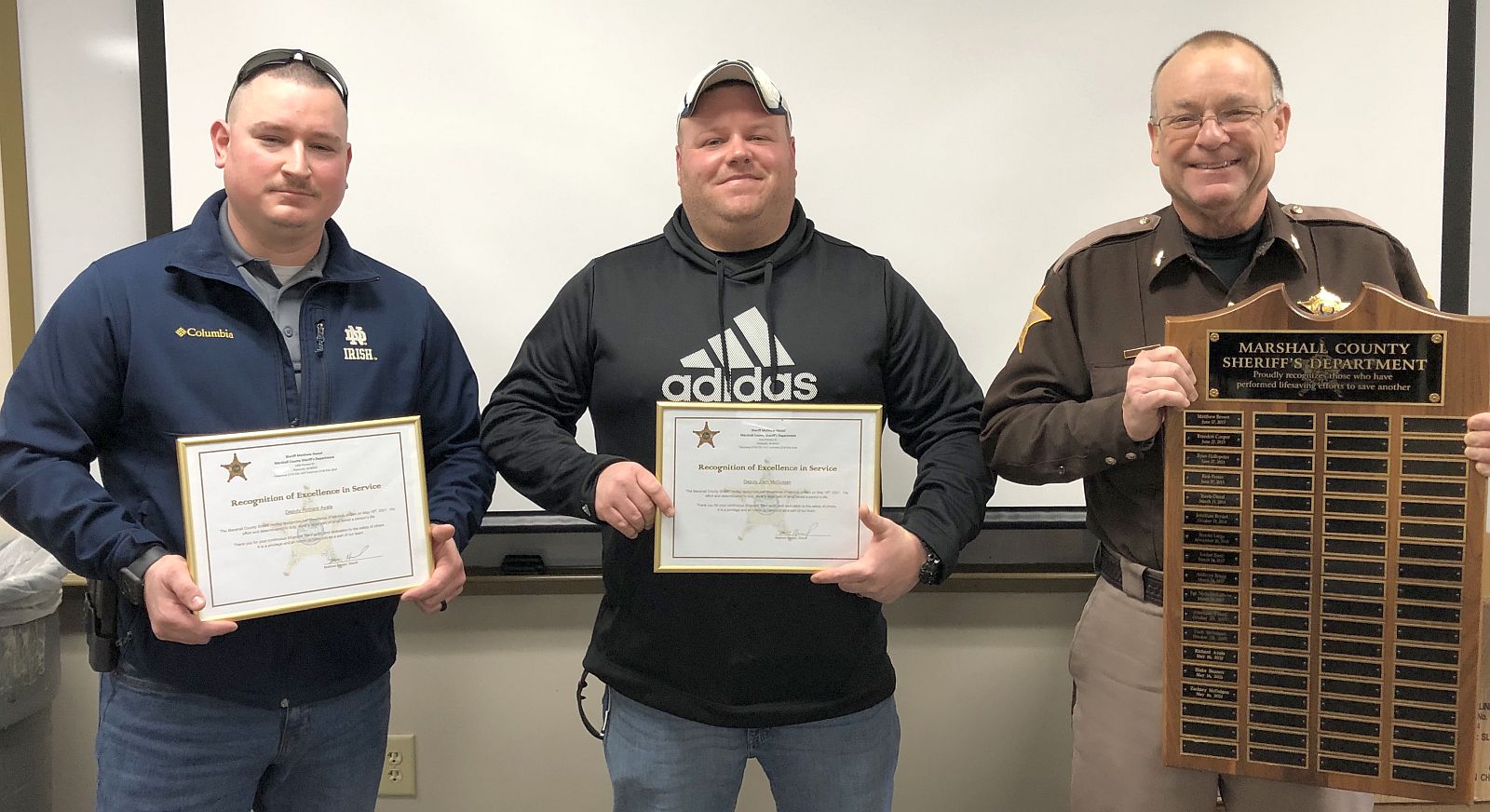 The awards stem from an incident on May 16, 2021.  About 9:30 in the evening the Marshall County 911 Central Dispatch Center received a call of a male having a heart attack in the 4000 block of Underwood Road.

Richard Ayala, Blake Bennett, and Zach McGuigan of the Marshall County Sheriff’s Department arrived at the residence and found the patient unresponsive, not breathing and having no pulse. They immediately started life saving efforts including CPR and Naloxone. Because of the lifesaving actions of the officers the patient was revived and transported to the hospital.