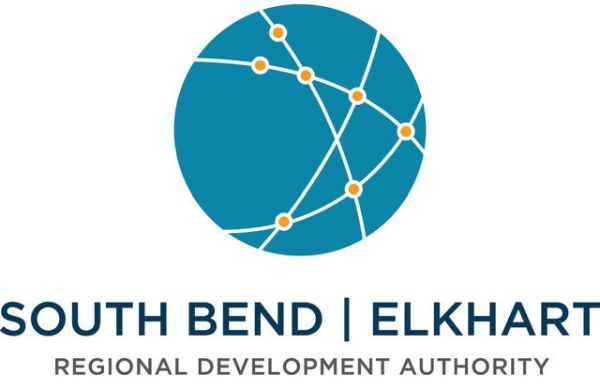 The South Bend – Elkhart region consisting of 22 cities and towns in Elkhart, Marshall, and St. Joseph counties in Indiana has been awarded $50 million to support regional economic development plans across the region. The South Bend – Elkhart region is one of 17 regions that received funding through Indiana’s Regional Economic Acceleration and Development Initiative (READI).

Launched by Gov. Holcomb and led by the Indiana Economic Development Corporation (IEDC), READI builds on the framework and successes of the Indiana Regional Cities Initiative and the 21st Century Talent Initiative, encouraging regional collaboration and data-driven, long-term planning that, when implemented, will attract and retain talent in Indiana. The $500 million READI fund was passed by legislation during the 2021 session. The IEDC awarded the maximum grant amount of $50 million each to five of the seventeen regions, including South Bend – Elkhart. Awards for the other regions ranged from $5 to 30 million.

“On behalf of half a million of us who live in the South Bend – Elkhart region, I want to thank Gov. Holcomb and the IEDC for continuing to invest in our region, not only with your dollars, but with your time and trust,” said John DeSalle, Chair of the South Bend – Elkhart Regional Development Authority Board and Executive Engineer-in-Residence, iNDustry Labs at Notre Dame.

Earlier this month, a team of South Bend – Elkhart regional leaders presented the region’s “Smart Connected Communities 2030 Plan” (The Plan) to the IEDC and members of the READI review committee. The presentation represented the final phase of the region’s READI application process, following The Plan submission in September of this year. The READI review committee, an external seven-member citizen committee, reviewed and scored the plans based on the established guidelines and against other relevant data, including historical population trends.

Considering additional public and private investments that would serve as matching funds to the READI grant, the overall impact is significant. Based on the example projects included in the South Bend – Elkhart region’s Plan, the $50 million from the state of Indiana could generate over $461 million of total investment, comprised of 11 percent READI grant funds, 14 percent local public funding, and 75 percent private sector funding.

About the South Bend – Elkhart Regional Development Authority (RDA)
The South Bend – Elkhart Regional Development Authority (RDA) was formed in 2015 to focus on the long-term prosperity of the region and raising per capita income of residents in Elkhart, Marshall, and St. Joseph counties. The RDA was instrumental in administering a $42 million Regional Cities Initiative grant to spur investment in quality-of-life projects across the region and played a catalytic role in developing the Regional Economic Development Strategy (REDS Plan) aligning the region’s economic development efforts.