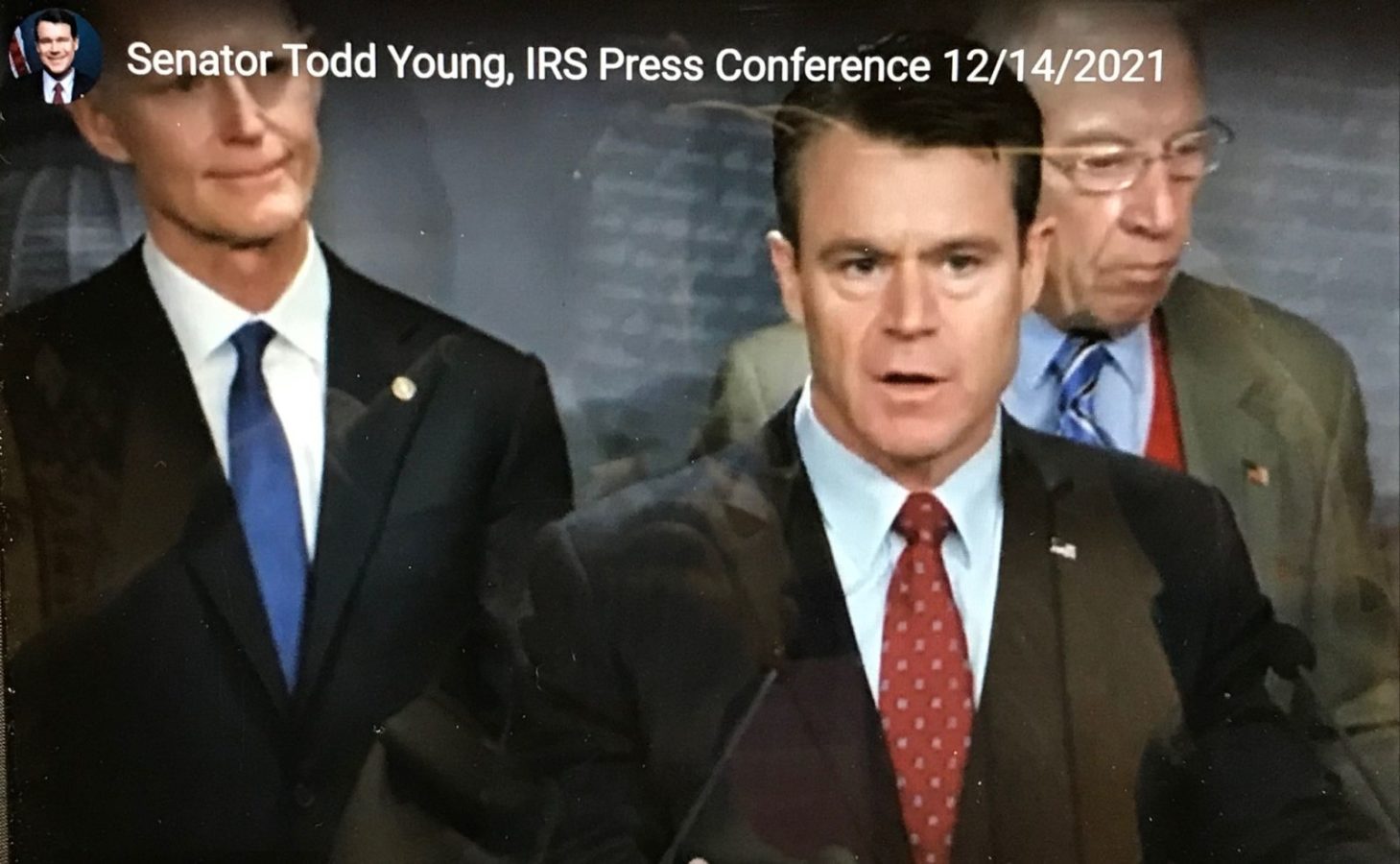 Tuesday, U.S. Senator Todd Young (R-Ind.) joined a press conference with his Senate GOP colleagues to discuss a provision in Democrats’ Build Back Better plan that would supersize the Internal Revenue Service (IRS).

“The American people deserve to know: The Democrats propose spending eighty billion in their tax, borrow, spend, and regulate Build Back Better Plan. Eighty billion dollars towards the IRS.

“… Even worse, we have been told by the President of the United States – he campaigned on a platform of ensuring taxes would not be increased … We know that most of this eighty billion will be used to enhance the ability of the IRS to target middle Americans. That promise will be broken. Yet another. Nearly six months since ProPublica leaked private, legally protected taxpayer information, at a time when there is a peak level of distrust of the Internal Revenue Service, Democrats want to increase the power of the IRS to insinuate themselves into the private lives of ordinary Americans.

“Now look, this is the wrong idea at the wrong time. We are in the middle of a pandemic. We have supply chain problems. We’re experiencing cost inflation across a range of consumer goods. We’ve got so many challenges, and once again the Biden Administration and Democrats in the United States Senate are out of touch with the real challenges and experiences of everyday Americans,” said Senator Young during the press conference.

Two weeks ago, Senator Young joined Republican colleagues on the U.S. Senate Finance Committee in sending a letter to IRS Commissioner Charles Rettig to press the agency on its weak responses to the massive apparent leaks of private taxpayer information to ProPublica. To view the full letter, click here.