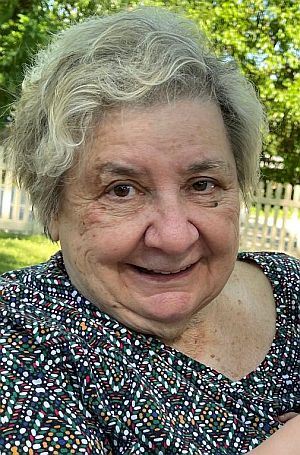 Irene Mary Vialard of Plymouth, IN passed away peacefully on Saturday, December 10, 2021 at Ascension-Providence Hospital in Rochester Hills, MI.

Irene was born on February 21, 1945 in Morristown, New Jersey to Joseph and Sophie Tomala.  She graduated Boonton High School in 1962, with a reported warm smile, natural intelligence, and a prediction to make a great teacher.  The latter she pursued at Patterson State Teachers College (now Wm. Paterson University), graduating with a degree in Mathematics in 1966.  After teaching a couple of years at Eastside High School in Paterson, she returned to Boonton High School to teach Mathematics.

In 1971 she moved to Plymouth, IN to have a family and be close to her sister Sue.  She taught math for several years at Knox Middle School, before taking time to have two children, David and Daniel.  As her boys grew, she returned to teaching at St. Michael’s Elementary School in Plymouth, IN.  After a couple years as a 5th grade teacher, she returned to Knox Middle School, primarily teaching her favorite, 8th grade math.  Her favorite memory from her year at KMS was her Math Team achieving a perfect score in the finals to win the State Championship.

She had a reputation for being crafty and inherently good at many things.  Over her years in Plymouth, she was involved in the Alter Rosary Society, Craft Bazars, and much more at St. Michael’s Church; and was known by many for her warm smile and willingness to help anyone.

After the birth of her first grandchild, Evelyn, she retired in June 2007 to spend time with family, completing more than 30 years in education and fulfilling her High School prophecy as a great teacher.  In her retirement years, Irene spent a lot of time in Texas and Illinois to be ‘Nana’ to Evelyn.  Just prior to her passing, she was planning to move to Michigan, to be closer to her young grandsons, who lovingly called her ‘Ba-Nana’.

Irene is survived by her son, Dan (Maureen) Vialard of Rochester Hills, MI; her daughter-in-law, Olaya Landa-Vialard of Jeffersonville, IN; her 5 grandchildren: Evelyn (David & Olaya) & Elliot, Oliver, James, and Benjamin (Dan & Maureen); her beloved sister, Susan (Dennis) Elliott of Plymouth; her Brother; Joseph Tomala of Sussex, New Jersey; her nieces: Lora (Pete) Bieghler of Syracuse, IN; Lisa (Mike) Welker of Greenwood, IN; and her nephew, Leigh Elliott of Plymouth, IN.

Irene was preceded in death by her son, David.

Family, friends, and others that Irene’s life has touched are invited to Deaton-Clemens Van Gilder Funeral Home (300 W. Madison St., Plymouth, IN 46563) starting at 10:00 a.m. on Saturday, December 18, 2021 to reminisce and celebrate Irene’s life.  The celebration of life will conclude with reciting the Catholic Rosary at 12:00 p.m.  Face masks for the safety of the family, staff, and visitors are required.

Memories or condolences may be left at: www.deatonclemensvangilderfuneralhome.com.