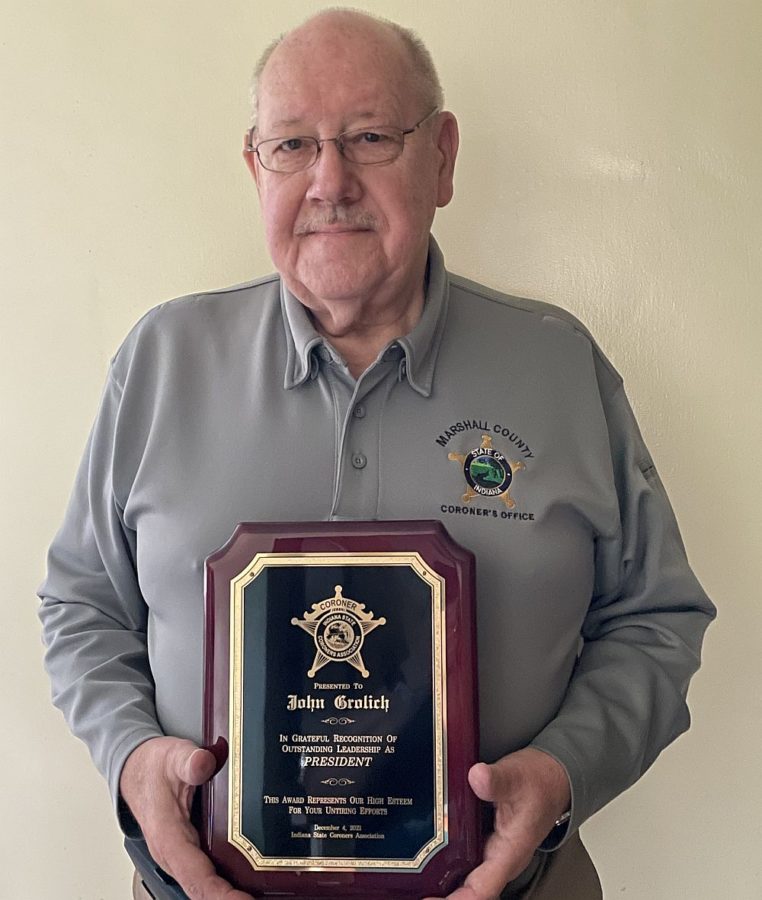 Marshall County Corner, John Grolich was elected to serve as president of the Indiana State Coroners Association for 2022 last week at the state conference.

Marshall County Coroner John Grolich served the state coroner’s association as secretary-treasurer in 2020 and as president in 2021.  He has also been a member of the Board of Directors for three years.  In this position, members interact with state legislators and stay up-to-date on legislative changes that impact the jobs of county coroners.

The Indiana State Coroners Association has 87 county coroners as members.   The Indiana Coroners Association is a not-for-profit organization whose mission is to support the coroners of Indiana through education and training, providing resources to assist in death investigations, developing strategies to prevent loss of life, and rendering support to each county coroner when requested to aid in the timely resolution of death investigators.

Grolich said over the past couple of years he has developed relationships with surrounding counties to share resources in the case of an incident having a significant number of fatalities.  He also said, “The goal of the Marshall County Coroner’s Office is to serve the folks in need with care and compassion.”