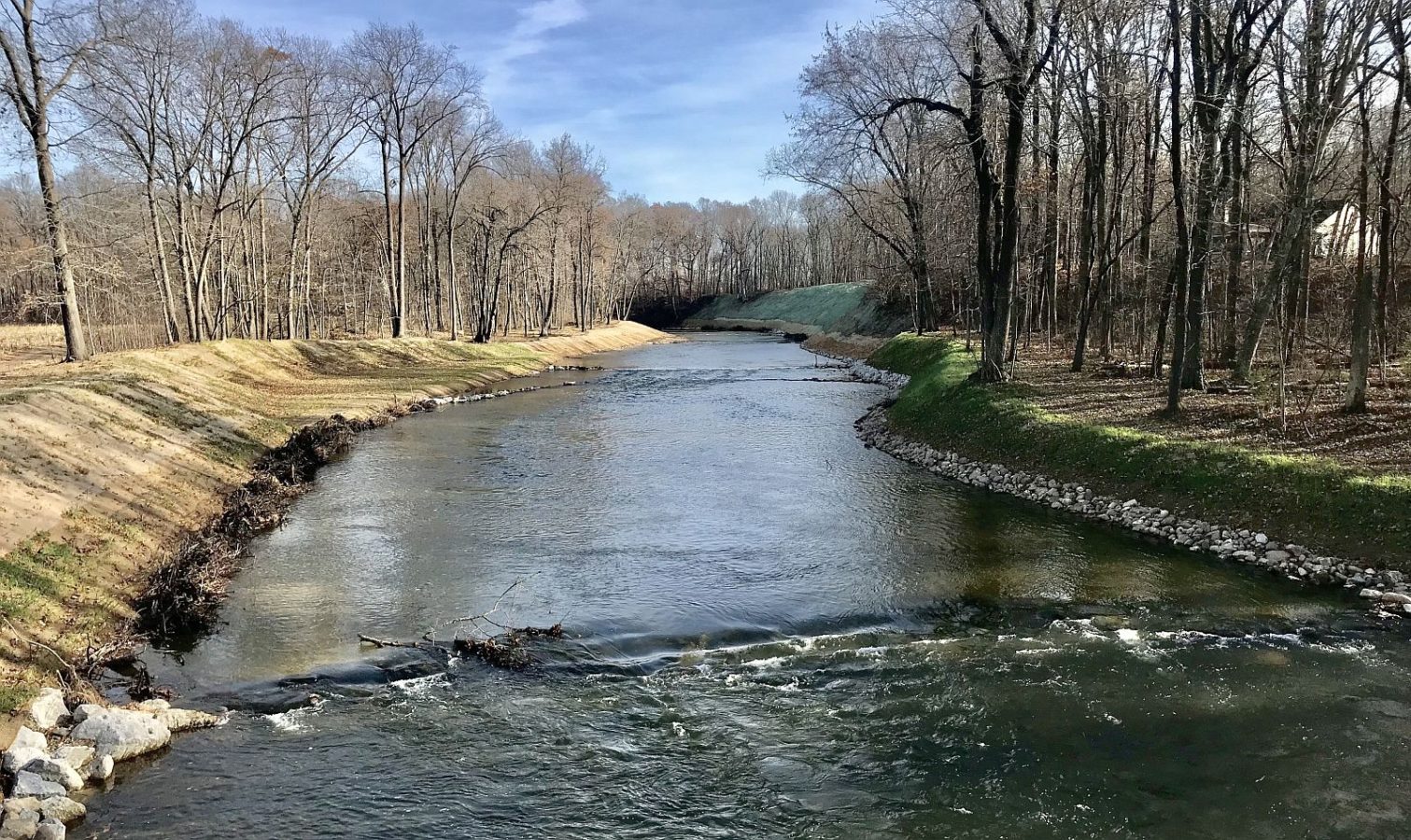 “To see a half-mile of sliding river banks transformed into a resilient waterway is remarkable,” said Commission Executive Director Scott Pelath. “With cascading sand banks approaching fifty-feet in height, we were certain the task was difficult. We now know the results exceeded our best expectations.”

The reduction of transported sediment is a top priority within the Commission’s long-term flood mitigation mission. Over decades, the straightening of the Kankakee River before World War I increased water velocities and accelerated bank erosion. Sediment deposited downstream raises the difficulty of limiting future flood events.

“I am proud this long-term work started right here in Marshall County,” said Commission member and Marshall County Surveyor Craig Cultice.  “I am even more pleased that Marshall County could lead an effort that is intended to benefit our entire region.”

Through the design and construction work of Cardno in Walkerton and The Stanger Group in Goshen, the Commission oversaw a long-term plan to reduce steep bank grades, employ a combination of rock and on-site wood resources to direct streamflow away from vulnerable banks, and plant native grasses for persistent erosion control.  When implemented over a number of miles, the effort is intended to reduce sediment that later settles downstream in the Kankakee and Yellow Rivers.

“A project like this is an investment in a lasting asset,” said Cultice. “While much work remains to be done, the value of this section will continue to carry forward in decades to come.”

Pelath noted that thanks to favorable weather conditions throughout the project’s first month, the overall project cost stayed beneath its original budget of $700,000.  Next year’s work in Starke County, for which federal and state regulators have already issued permits, is designed to extend an additional mile of riverbank.

“We identified a number of useful efficiencies from this project to be applied to future, similar projects,” said Pelath.  “I am grateful that in 2019, the Indiana legislature granted the tools to make substantive and responsible improvements in the Kankakee and Yellow Rivers.”

For further information regarding the Commission, please contact Executive Director Scott Pelath at sdpelath@gmail.com, kankakeeriverbasin@gmail.com, or (219) 861-7999.  “Before-and-after” drone flight footage of the work is also viewable at https://kankakeeandyellowrivers.org/drone-footage/.