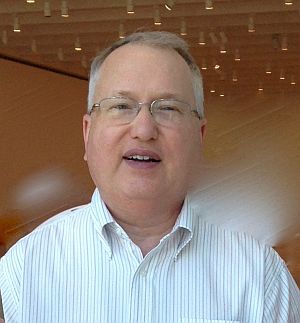 Robert Clarence Konzelman, 73, passed away of natural causes on November 4, 2021, in his home.

He was born in Kankakee, Illinois on August 28, 1948, to Clarence J. and Marcia M. (Karlock) Konzelman. Robert loved his parents very much and cared for his mother in his home in her later years. Robert graduated from St. Anne Community High School with the class of 1966. He went on to attend Butler University in Indianapolis, Indiana, and achieve his Bachelor of Education in 1970 and a master’s degree in 1971. While at Butler University, Robert worked in the library to help pay for his education. During his years at Butler University, Robert made many good memories and several good friends and maintained those friendships over the course of his lifetime.

Robert worked for Culver Community Schools for over twenty eight (28) years, retiring as the Science Department Head teacher. Robert greatly enjoyed teaching science and spent many hours developing challenging lesson plans and fun/educational laboratory experiments. Robert was very proud to have many students develop an interest in the sciences and go on to have successful careers in science. Robert was a member of the American Chemical Society, Kappa Delta Pi and National Education Honor Society.

In addition to teaching science, Robert helped with various clubs and activities at Culver Community including organizing and working with the Culver student council and helping to run the concession stand at sporting events. Robert did his best to teach his students science in a cheerful way by celebrating science in many fun ways such as having Mole Day (for those not chemistry aficionados – an unofficial chemistry holiday celebrated on a date that relates to Avogadro’s number, which is approximately 6.02 x 1023), October 23rd, by wearing mole t-shirts and bringing in stuffed mole animals of the actual mammals. During the holidays, Robert would sing his tune of “frosty the chemist” to the students. Robert hoped greatly that his students would be well educated and successful in life.

As for Robert’s personal life, he enjoyed the art of cooking and visiting with friends. Robert loved his friends.

Robert is survived by many grateful students and good friends. Robert and the good friends of Robert would encourage all to be kind and to make time for friendship, loving, and caring for others that are not family by blood, but family by choosing.

Robert was preceded in death by his parents.

Burial will follow in the New Oak Hill Cemetery, Plymouth.

Condolences may be sent to the good friends of Robert through the website:  www.johnson-danielson.com