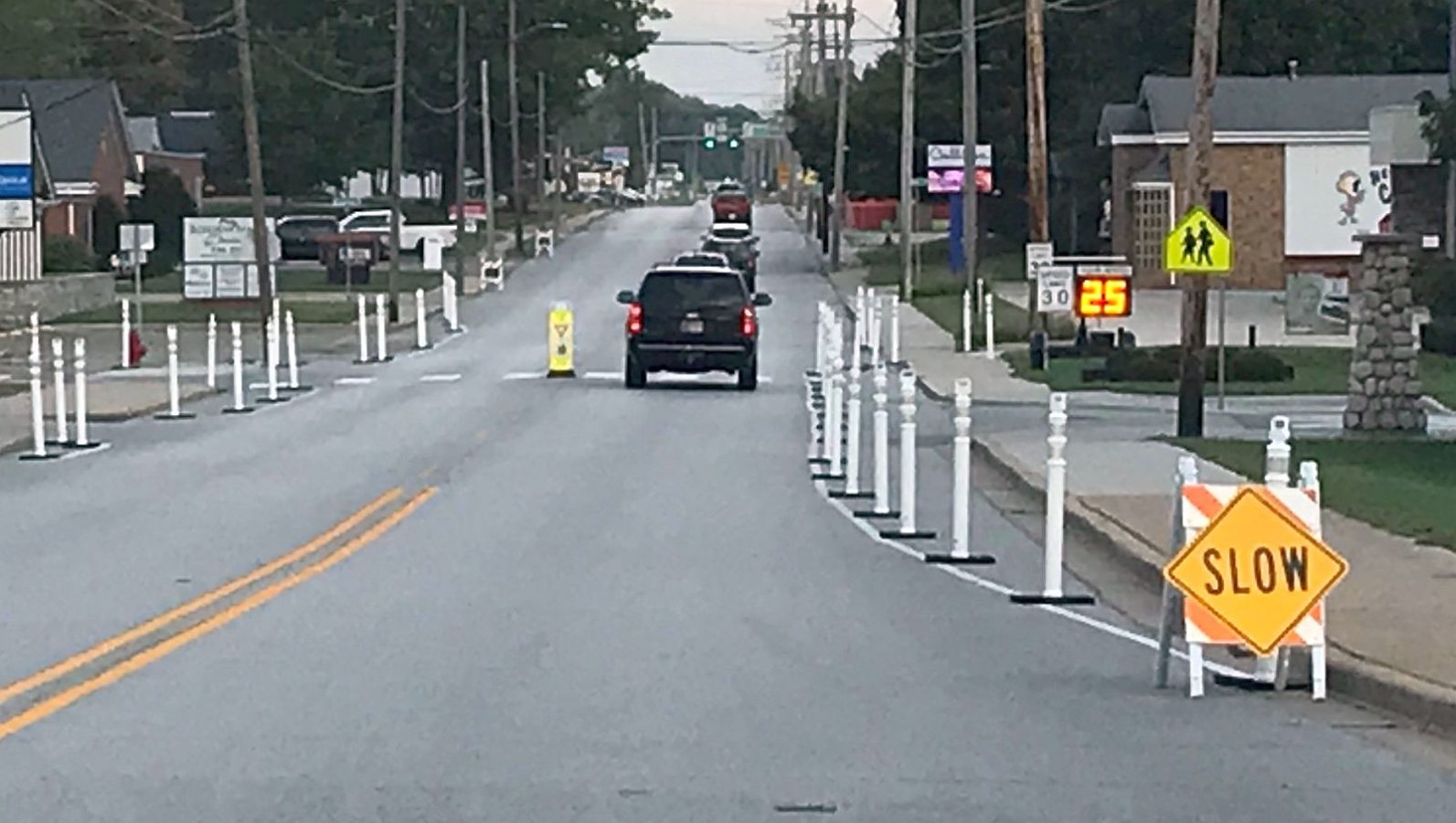 During the month of October, a short portion of Jefferson Street was narrowed with the goal of increasing safety at the crossing, decreasing the time a pedestrian is in the crossing, increased awareness and calming traffic.

The City of Plymouth passed a Complete Streets Policy three years ago.  That requires the city to maintain a transportation system for everyone regardless of their mode of transportation.

There were 43 responses from their survey on the post at the site.  Thada said the question: Do you like or accept the traffic calming and crosswalk?  He said the response was 60 to 75% in favor.

Mayor Senter said one person spoke to him and said the temporary street narrowing project caused him an extra 10 minutes to get to work.

City Councilman Greg Compton said he walks in the area quite often and he found the project beneficial in getting across the street easier although maybe not as safely as anticipated.  There was a sign that said pedestrians had the right-of-way but traffic didn’t always stop to let him pass.

Thada said while there was no official traffic count performed during the temporary restriction, it did slow traffic down.  He said the project was a fact-finding mission.  At this point there is no plan to move forward with a permanent project at the site.