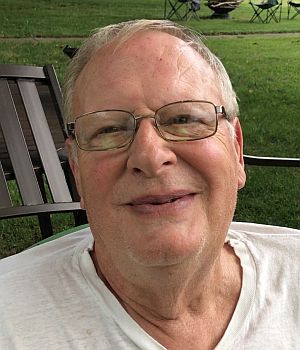 Byron J. White, 83, passed away on Saturday, November 27, 2021 at home with his daughter Sherri and wife by his side.
Born on September 8, 1938 in Syracuse, New York to the late Harry C. and Isabelle (Jackson) White. Shortly thereafter the family moved to Watertown, NY. Byron attended Watertown public schools graduating Watertown High School with the class of 1956. He then attended Paul Smiths College and Alfred State Tech where he would receive an Associate’s Degree in Sales and Marketing. After college he was hired by the Hoover Company as a salesman in Elmira, NY and in 1969 he was promoted to District Sales Manager in Erie, PA. In 1979, Byron was transferred to South Bend as the District Sales Manager. He would retire from Hoover after 29 years of service.
On June 25, 1985 he was married to Jeanne M. Nash in Plymouth.
He is survived by his wife Jeanne of Plymouth; her children Jason Ringle of Granger; Amy Ringle of Mishawaka; his daughter Sherri (Craig) Cozza and 3 grandchildren: Zachary, Gabriella and Sienna Cozza all of Pittsburgh, PA; and brother Robert of Round Mountain, TX.
Byron is preceded in death by his parents and his grandparents.
A celebration of life will be held at a later date.
Memorial Contributions can be made to Heart to Heart Hospice, 620 W Edison Rd. Ste. 122, Mishawaka, IN 46545.
Condolences may be sent to the family through the website:  www.johnson-danielson.com<http://www.johnson-danielson.com>