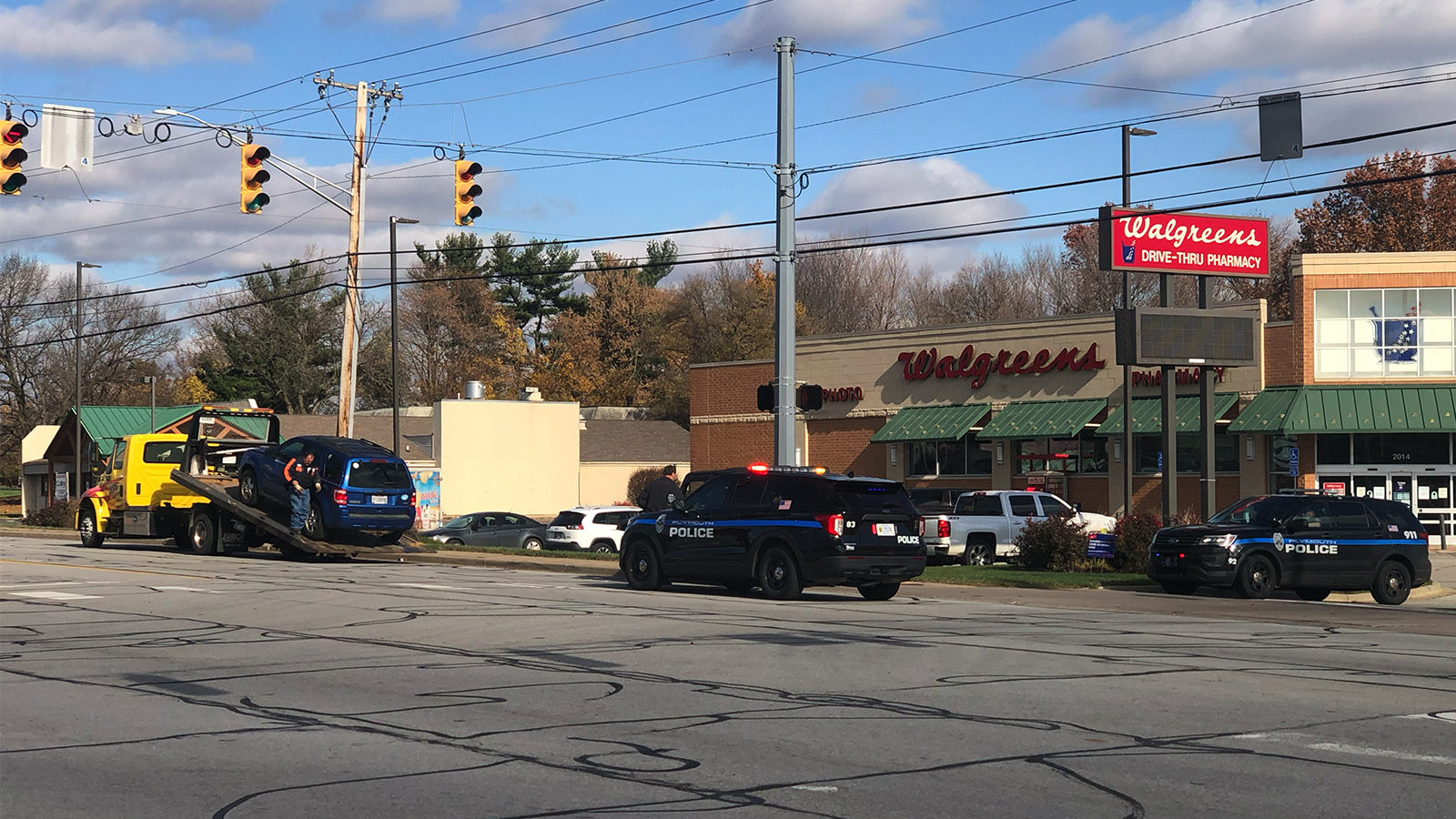 Plymouth Police Officers responded to the report of an accident at 2014 North Michigan Street, in front of Walgreens Thursday afternoon at 12:07.

A 2011 Jeep operated by 43-year-old Charlotte Kuchel of Argos was waiting to make a right turn out of the driveway when she observed a 2011 Ford north bound on Michigan Road.  The second vehicle was driven by 60-year-old Barry Nudd of Shrever, OH.   Nudd had his turn signal activated so Kutchel proceeded to make the turn onto Michigan Street and struck the vehicle.

Nudd told Officer Steve DeLee he activated the right turn signal, however, he decided not to make the turn and advised he turned the signal off and continued northbound when his vehicle was struck by vehicle Kutchel’s Jeep.

Nudd and a passenger in Kutchel’s vehicle were transported by Plymouth EMS to Saint Joe Hospital.

Plymouth Police were assisted at the scene by Plymouth Fire and EMS.