REES Theatre Supporters Sign Beam to be Installed in Auditorium 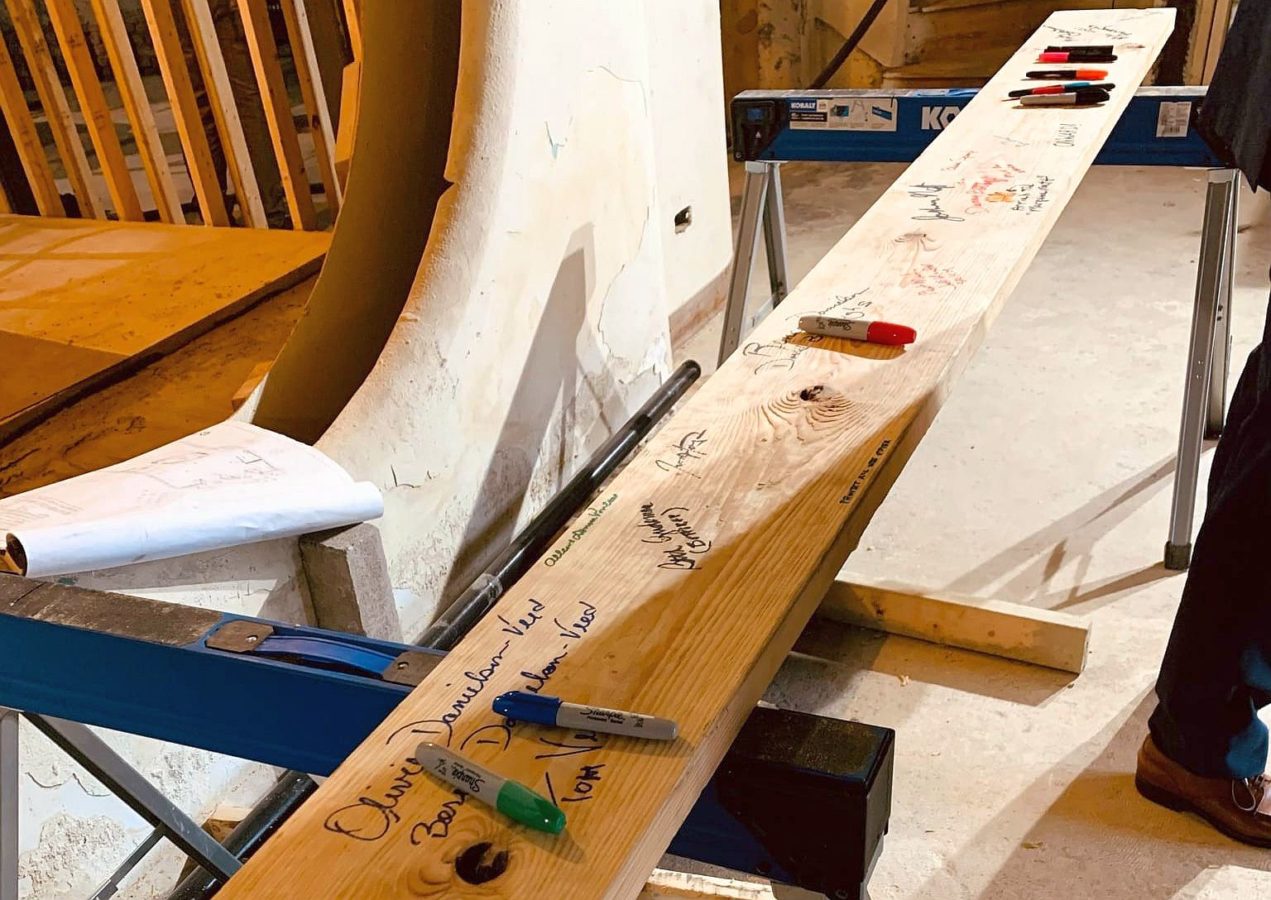 This week the REES Committee invited contributors and those who have shown their support in various ways to make the project possible the chance to sign a beam that will be installed in the project.

On Thursday morning there was a ceremony with updates on the project held under the REES marquee.

Co-chairs of the restoration project, Randy Danielson and Donna Pontius thanked everyone who has helped with the project.

Marty Oosterbann, head of Marshall County Crossroads spoke of the more than 100 volunteers who work daily to improve the quality of life in Marshall County, making it a better place to work, live and play.  The Crossroads Committee was formed as the county pursued the Stellar Designation.  Receiving that designation, the committee is now assisting with the distribution of funds throughout the communities in Marshall County.

Co-chair Donna Pontius introduced Joshua Neff from Teachers Credit Union who presented the REES Committee with a check for $20,000 to restore the ticket booth.  Pontius also recognized the architects for the project from SRKM Architecture, General Contractors Brown and Brown, and a number of the subcontractors working on the project.

Danielson told those gathered they expect phase four of the project to be complete next fall.  He then invited everyone into the lobby to sign a ceiling joist that will be installed over the auditorium of the REES.  He said while not many will ever see it, the joist will be in the ceiling for years to come in recognition of project supporters.