Kenneth I. Ranney of Plymouth 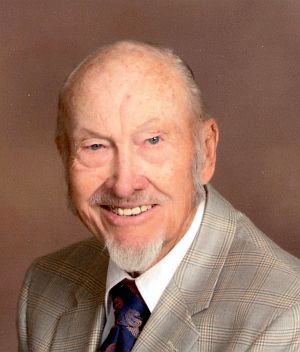 Grieve not! Be happy and sing songs of adoration and praise to our Lord for choosing this Wednesday day of November 17, 2021 to take Kenneth I. Ranney to join his heavenly saints. His favorite Hymn was Hymn 817 vs. 1, 3 & 7. He was born January 29, 1928 to Kenneth and Hildegrade (Schwartz) Ranney in Jasper, MO, and was baptized in Joplin, Missouri the same year. He grew up and spent his middle grade years in Jasper where he was active in softball, baseball and tennis. His confirmation by Rev. Richard Klann was at Carthage, MO, in 1941. He attended high school at Lutheran College Preparatory school in Watertown, WI, where he was active in all sports; football, basketball, and tennis. He was also the prep school’s editor and artist for their paper.In 1945 he entered the University of Missouri to take a pre-med course. After 1 year he joined the Army and spent the better part of the next two years with occupational forces in Japan. Upon being honorably discharged from the service, he reentered and received a Bachelor’s from the University of Missouri. In 1949 he married Mary E. Berger of Plymouth, at Calvary Lutheran Church. They both returned to the University of Missouri, where she received an AB degree in elementary education and he received his medical science degree. He was then transferred to the University of Pittsburgh where he graduated with an MD degree, from there he went to Harper Hospital in Detroit, MI where he took his internship and specialist training in obstetrics and gynecology. Following 31 plus years of practice in the Detroit suburban area he retired and moved to Plymouth, on the farm where his wife was born and raised. Ken had a passion for golf, trout fishing, and tying his own flies. He also loved to play bridge, read and travel. Since moving to Plymouth in 1995, he was a member of Calvary Lutheran Church. During his lifetime he was involved in various positions in the churches he attended. Ken was a Stepen’s Minister, a Lutheran Layman’s League member which is now Lutheran Hour Ministries.
He is survived by his son Kenneth (Elizabeth) Ranney of Monrovia, MD; daughter Beth (Marcelo) Osorio of Chicago, Il; brother Andre Ranney of St. Louis, MO; grandchildren: Francisco, Magdalena, and Gabriela Osorio; Great-Granddaughter Alicia Herrera  as well as several nieces and nephews.
Ken is preceded in death by his parents, his loving wife Mary of 56 years.
Visitation will be held on Friday, November 26, 2021 from 4-7 pm at the Johnson-Danielson Funeral Home, 1100 N. Michigan Street, Plymouth.
Funeral services will be held on Saturday, November 27, 2021 at 11 am at Calvary Lutheran Church, 1314 N Michigan St. Plymouth, IN 46563 with Eric Ahlemeyer officiating. Visitation will resume one hour prior to the service.
Burial will take place in the New Oak Hill Cemetery, Plymouth.
Memorial contributions can be made in Kenneth’s honor to Calvary Lutheran Church, 1314 N Michigan St. Plymouth, IN 46563.
Condolences may be sent to the family through the website:  www.johnson-danielson.com<http://www.johnson-danielson.com>.