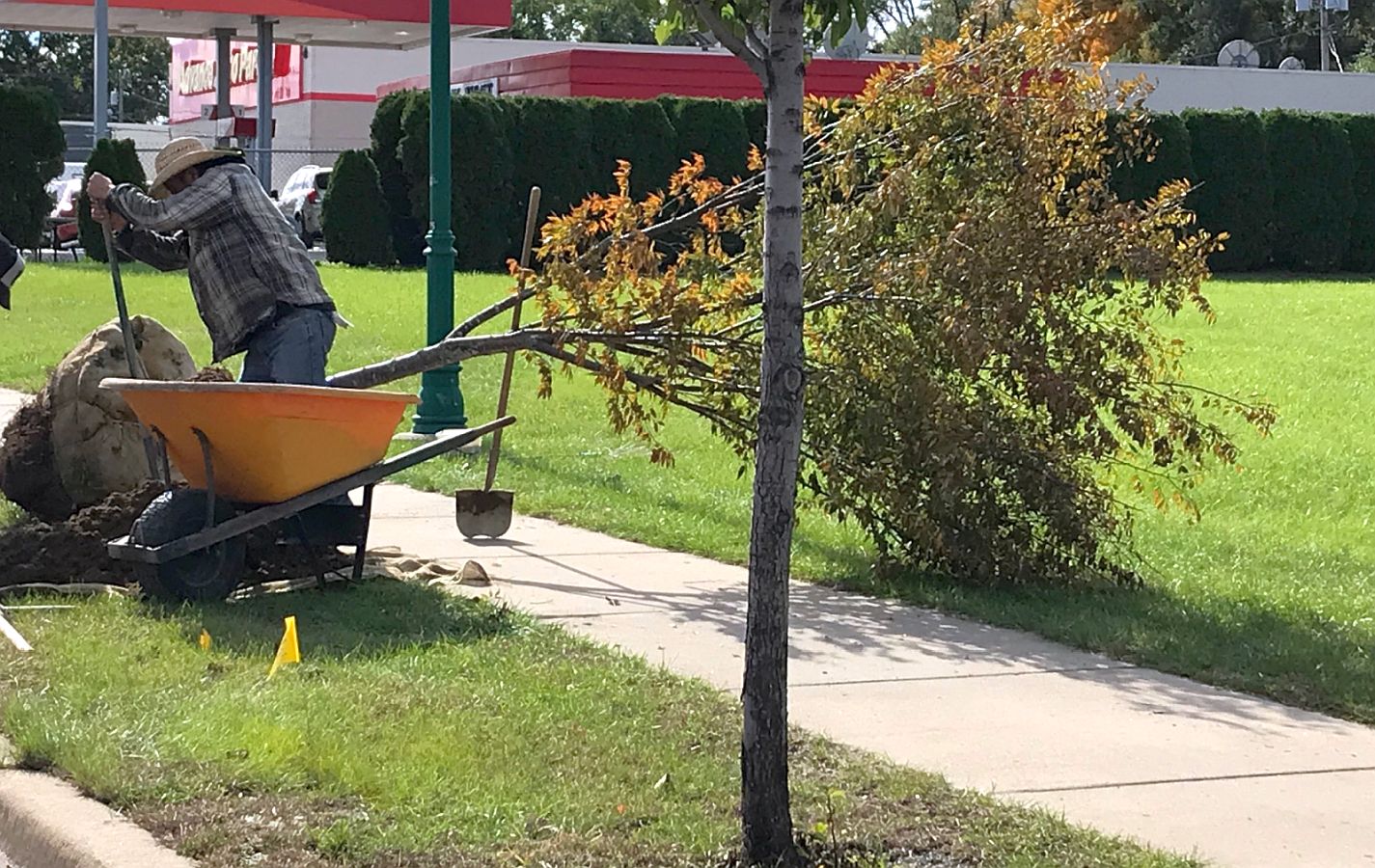 In early 2015 Mayor Mark Senter was notified that the City of Plymouth had earned the distinction of being a “Tree City USA” by the Arbor Foundation for 2014.  Since that time the city has worked to continue to put trees as a top priority.

Plymouth’s Street Superintendent Jim Marquardt has an annual budget of $7,000 to plant trees in the city.  Each fall the city’s tree and flower committee determine locations where trees need to be planted to fill-in those that were removed and just never had a tree planted.  One of the primary locations is always Michigan Street.