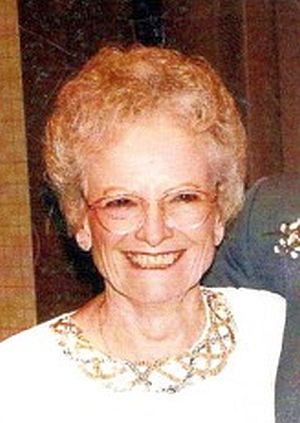 Mable was born March 1, 1927 in Marshall County, IN to the late Arthur and Pearl (Bradley) McQuisten. On October 16, 1944 she married Wilbur Wright. He preceded her in death on June 4, 1995. They had two children, George (Katherine) Wright and Sharon (Richard) Sorgenfrei, both of South Bend, IN. On December 26, 1998 she married Robert (Bud) W. Griggs who preceded her in death on November 25, 2015. From this marriage she became the step-mother of Robert’s two sons, Mark (deceased) (Carol) Griggs of Elkhart and Victor (Carol) Griggs of Osceola and Shirley Griggs.

Mable worked 31 years as a machine operator at United Technologies in Plymouth, IN and retired July 5, 1989. She loved working in her flower gardens and watching and feeding birds with her favorite being the humming birds. She loved family gatherings with her grandchildren and great-grandchildren. She was a very caring and giving person, always there to help where needed.

The family would like to give a special thank you to the staff at StoryPoint Senior Living and Heart to Heart Hospice for their dedicated and compassionate care, and a very special thanks to Doris.

Burial will follow at New Oak Hill Cemetery (Plymouth, IN).

Condolences may be left at www.deatonclemensvangilderfuneralhome.com.