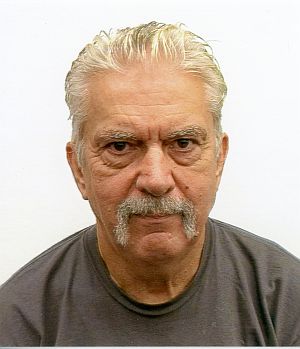 Born in Plymouth, Indiana on April 17, 1953, Dennis was the son of Norman and Maudie (Gaines) Rhoads. He graduated from Plymouth High School.

Dennis would meet Rose May Sibert in an arcade and the rest is history. The two would wed in Plymouth on October 28, 1972, and to their union have a son Dennis Jr.

He worked for Bomarko for 30 years and retired as a supervisor. Dennis also owned and operated Rhoads Lawn Care in Plymouth; a business his grandson hopes take over to carry on his legacy.

Dennis was a man with a beautiful spirit and a whole-hearted family man. He was a God loving man who brought many friends and family to form a relationship with their Savior. He respected all and had a deeper respect for nature. Dennis taught his family to treat others how you want to be treated. He was very proud of his Cherokee Native American heritage and because of this, focused a lot on genealogy.

In his earlier years, he had an outstanding skill in archery. He held many state and national titles, the biggest being ranked #1 in the world. Through this sport, he got to meet Ted Nugent. Rosa and he put their 1973 Plymouth Gold Duster in many car shows and won many trophies. His greatest enjoyment was being with his family. Whether it be fishing, hunting, camping or just large family get together, they were his world. He was also a member of Shiloh Wesleyan Church in Plymouth.

Dennis was preceded in death by his parents and siblings: Arman, Charlie, Nepi, Lena, Marilyn, Linda, Ron and Rick.

Visitation will be held on Saturday, November 13, 2021, from 11-1 p.m. at Shiloh Wesleyan Church, 10532 4B Road, Plymouth, IN. Funeral services will follow at 1 p.m. with Pastor Rich VanVuren officiating.