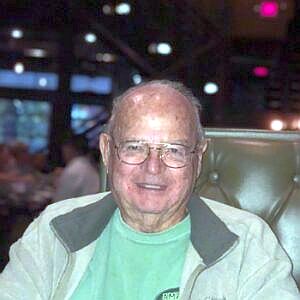 Kent D. Mattix, 83, passed away on Tuesday, November 2, 2021 at home.
Born on June, 28, 1938 in Plymouth he was the son of Glen and Beatrice (Driebelbis) Mattix. He was raised by his mother. He attended Plymouth High School graduating with the class of 1956.
He would enlist into the Air Force on November 19, 1957 serving as an aircraft mechanic before being honorably discharged in 1962.
Kent was set up on a blind date with this wonderful lady named Donna Houin that just so happened to be working with his mother at Montgomery Ward’s. After that date the rest was history and they were married on November 6, 1965, and they would share 55 years of marriage. They were able to winter in Florida for the last several years. He is well known for spending the summers at his home cutting the grass of their large yard.
He would attend Ivy Tech Community College and receive his Electrician Certificate and would work for IBEW Local 153 in South Bend until his retirement in 2000.
Kent was known for his sense of humor and making everyone smile that would ever come in contact with him. He was a man of so many talents, especially when it came to welding, carpentry and electric work. When Kent found some free time he enjoyed fishing with the Marco Bass Fishing Club, golfing, motorcycling racing, square dancing, singing in the choir, playing the banjo and the guitar. Kent also had a Paraplane or referred to as some, a power parachute that he would enjoy flying.
To his family he will always be remembered as a person that was always happy, loving and sweet and kind. Someone that was always there for his family.
He is survived by his wife Donna of Plymouth; children: Carol Mattix of Louisville, KY; Duane (Susan) Mattix of Plymouth; grandchildren: Kelsey (Matthew) Leonard O’Brian of Plymouth; Megan (Katie) Leonard of New Albany, IN; Brandon (Sarah) Mattix of Plymouth; Derek Mattix of Bloomington, IN; Great-Grandchildren:  Payton and Jaxson England, Lucas and Boden Mattix, Elora and Everest O’Brien.
Kent was preceded in death by His parents and grandson, Tyler James Mattix.
Per the wishes of the family there will be a Celebration of Life held on Saturday, November 20, 2021 at the family’s residence from 1-3 pm.
In lieu of flowers memorial contributions can be made to the Center for Hospice Care, 112 S Center St C. Plymouth, IN 46563.
Condolences may be sent to the family through the website:  www.johnson-danielson.com<http://www.johnson-danielson.com>.