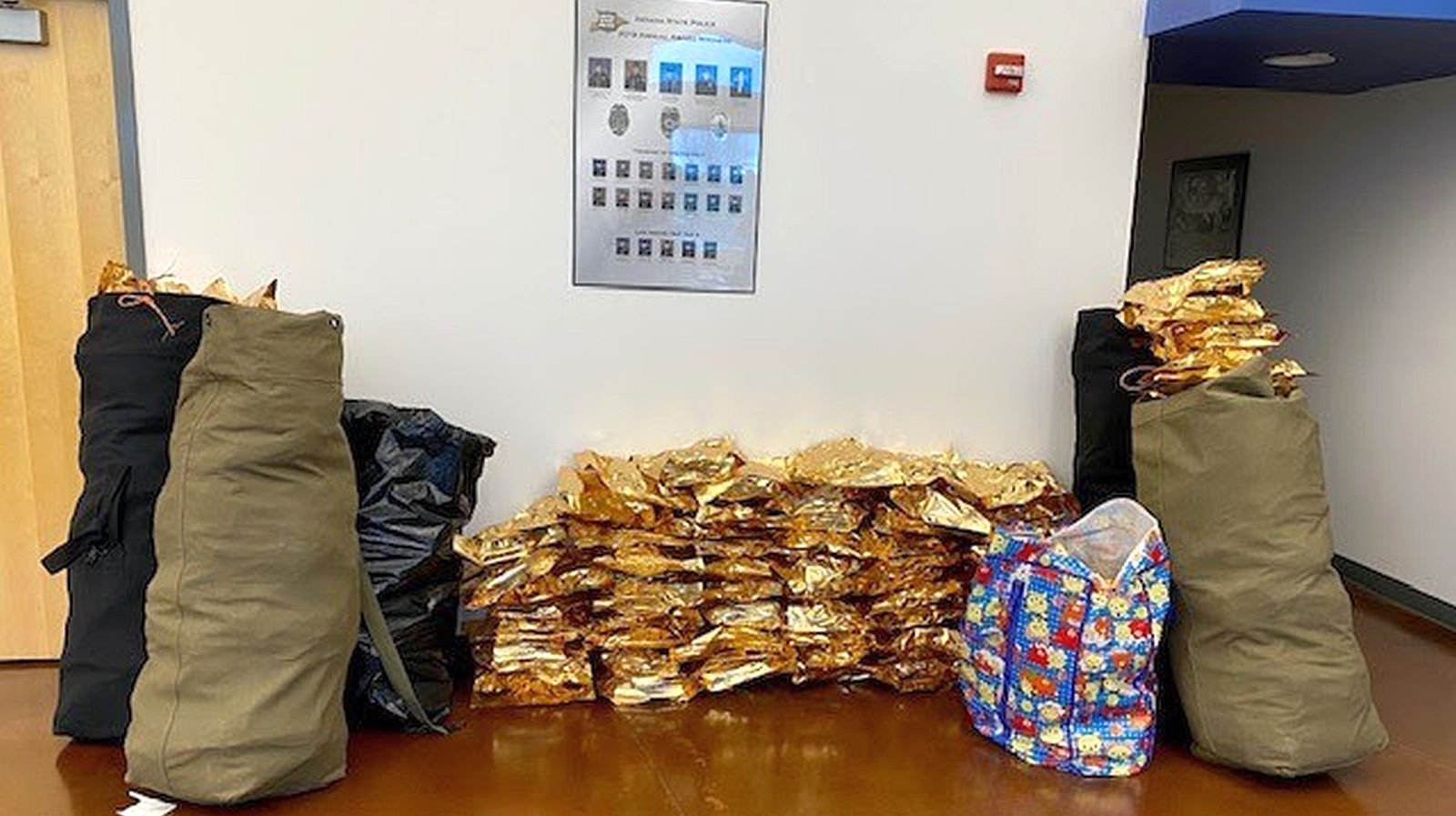 An Indiana State Trooper discovered 259 pounds of marijuana during a traffic stop yesterday on the Indiana Toll Road.

Just after noon on November 3, 2021, Trooper Nikolos Anderson stopped a black 2007 Chevrolet pickup truck for a moving violation as it traveled eastbound in a construction zone near mile marker 120 on the Indiana Toll Road.  This is approximately one mile west of the Howe/LaGrange Exit.

During the traffic stop a free-air sniff was conducted by a K9 unit with the LaGrange County Sheriff’s Office.  A search of the Chevrolet was conducted after a positive alert by the K9 that resulted in the discovery of approximately 259 pounds of suspected marijuana.