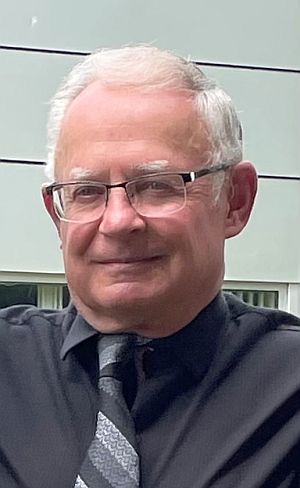 He was born January 15, 1944, in Plymouth, Indiana. He was the son of Virgil and Arlene (Lawrence) Greer. He was a graduate of Plymouth High School class of 1963.  He served in the National Guard. He was also a member of the Plymouth Church of the Brethren. Early in his career he was employed as a parts salesman for several local Plymouth GM car dealers before beginning a career in feed nutrition.  He dedicated himself to becoming an established feed salesman for forty plus years in northern Indiana.  He was employed by Mormans Feed, Marshall County Co-op, and ADM of Nappanee Foraker Farm Service prior to establishing Greer Sales and Service Inc. Larry would spend countless hours helping his livestock customers and telling stories.

Larry’s love of cars would often lead to engaging conversations with others where he enjoyed sharing information about past cars he drove or worked on. He grew up raising ponies and horses on the homestead family farm.   Larry also loved to raise sheep. He started with a Montadale breed flock and later shifted to black face breeds that make up the current flock today.  He enjoyed yard work and making sure that his farm always looked perfectly manicured. Oftentimes you would find Larry in a local coffee shop visiting with friends and sharing stories of the past.

He will be deeply missed by all his family, friends and feed customers.

Larry is survived by his longtime friend and companion, Carol Kalin, his three children, Lynnette (Brent) Markley of Tippecanoe, IN; Meredith (Todd) Vandeveer of Wolcott, IN and Christopher Greer of Plymouth, IN; a sister, Jeanie (George) Rudich of Oshkosh, WI. Also surviving are his six grandchildren: Blayne Vandeveer, Dustin Greer, Cameron Markley, Colton Markley, Tyler Vandeveer and Cailey Markley along with multiple cousins, nieces and nephews. He was preceded in death by his parents; Virgil and Arlene Greer, his sister; Rosalie Lowe, and his brother-in-law, Richard Lowe.

In lieu of flowers, family and friends may express sympathy with memorial contributions to the Marshall County 4-H Council, ℅ Sheep club.

Thank you to all our friends and community for their support during this difficult time.  Deaton-Clemens Van Gilder Funeral Home is honored to be assisting the family with arrangements.

Condolences may be left at deatonclemensvangilderfuneralhome.com