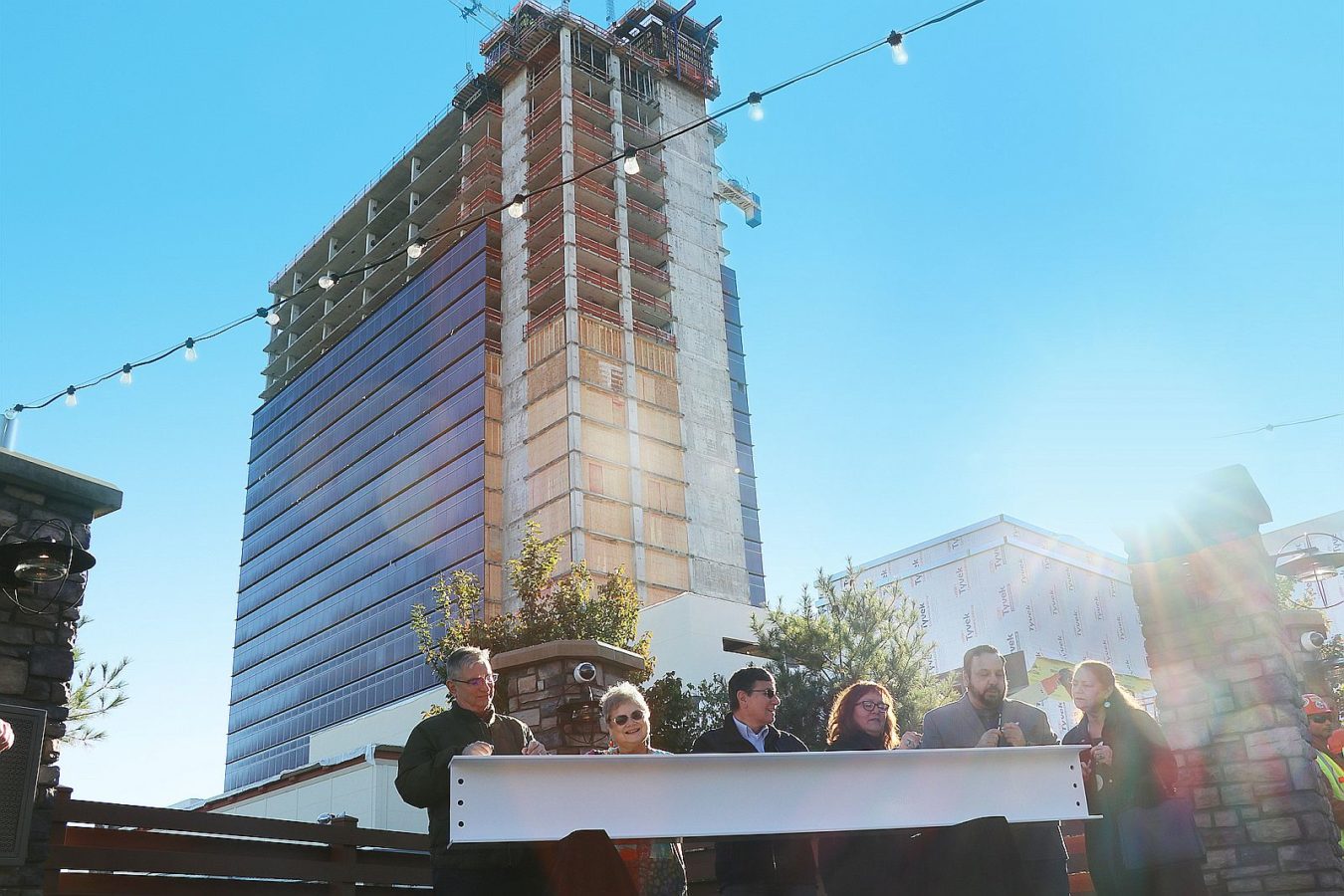 The Pokagon Band of Potawatomi Indians and its Four Winds® Casinos Executive Team held a ceremony today to sign the final steel beam that will be placed at the top of the new 23-story hotel tower at Four Winds South Bend.  The expansion of Four Winds South Bend, which is currently underway, will include 317 hotel rooms featuring 83 suites.  There will also be a spa, convention area, meeting space, a ballroom, lounge, bar & grille, an outdoor roof-top swimming pool, and terraces with spectacular views.  The expansion of Four Winds South Bend has created 270 construction jobs and will create an additional 350 to 400 new jobs at the casino resort once construction is complete in the first quarter of 2023.

Commenting on the ceremony, Rebecca Richards, Tribal Chairwoman and CEO of Pokagon Gaming Authority said, “We are very proud to come together to celebrate this important milestone by signing the final steel beam for the expansion of Four Winds South Bend.  Not only does the expansion of Four Winds South Bend demonstrate our commitment to our Pokagon Citizens, but it also demonstrates our continued commitment to the City of South Bend, our employees and all of the local businesses and vendors an operation of this scale supports.  On behalf of the Tribal Council and Pokagon Gaming Authority and close to 6,000 Pokagon Citizens, we would like to thank our Four Winds Executive Team, our project manager Square One, our construction contractors and workers, and our Pokagon Citizen employees on the job site, all who have worked tirelessly and navigated numerous challenges through the pandemic to keep this project on schedule.”

Frank Freedman, Chief Operating Officer of Four Winds Casinos added, “The expansion of Four Winds South Bend is one of our most ambitious projects to date.  Upon completion, the 23-story hotel tower will offer spectacular views from several different vantage points including guest rooms, terraces and our outdoor roof-top swimming pool.  The expanded resort will offer amenities and an entertainment experience this is not currently available in South Bend and Northwest Indiana.  I would like to thank the Pokagon Gaming Authority, Four Winds team members, our project manager, construction contractors, job site employees and vendors for their continued efforts.  We are very excited to complete the next phases of the project.  The completed expansion will definitely be worth the wait.”

Four Winds South Bend’s 23-story hotel tower has a foundation that rests on close to 400 grout piles which were drilled and placed at a depth of 85-feet below the ground.  Over 72 million pounds of concrete has been placed with nearly three million pounds of rebar.  The largest piece of precast concrete on the hotel tower is equivalent to 12 compact cars.  Nine different cranes will be utilized during construction.  As the exterior of the hotel tower nears completion, it will be enclosed by 1,626 unitized panels, comprising nearly two acres of glass.

Those interested in following the progress of the expansion of Four Winds South Bend can do so by accessing the construction camera on the Four Winds Casinos website or by using the following link:  https://app.oxblue.com/open/wilhelm/fourwinds.

About The Pokagon Band of Potawatomi Indians of Michigan and Indiana

The Pokagon Band of Potawatomi’s sovereignty was reaffirmed under legislation signed into law by President Clinton in September of 1994.  The Pokagon Band is dedicated to providing community development initiatives such as housing, education, family services, medical care and cultural preservation for its more than 5,900 citizens.  The Pokagon Band’s ten-county service area includes four counties in Southwestern Michigan and six in Northern Indiana.  Its main administrative offices are located in Dowagiac, Mich., with a satellite office in South Bend, Ind.  In 2007, it opened Four Winds Casino Resort in New Buffalo, Mich., followed by Four Winds Hartford in 2011, Four Winds Dowagiac in 2013 and Four Winds South Bend in January 2018.  The Pokagon Band operates a variety of businesses via Mno-Bmadsen, its non-gaming investment enterprise.  More information is available at www.pokagonband-nsn.gov, www.fourwindscasino.com and www.mno-bmadsen.com.