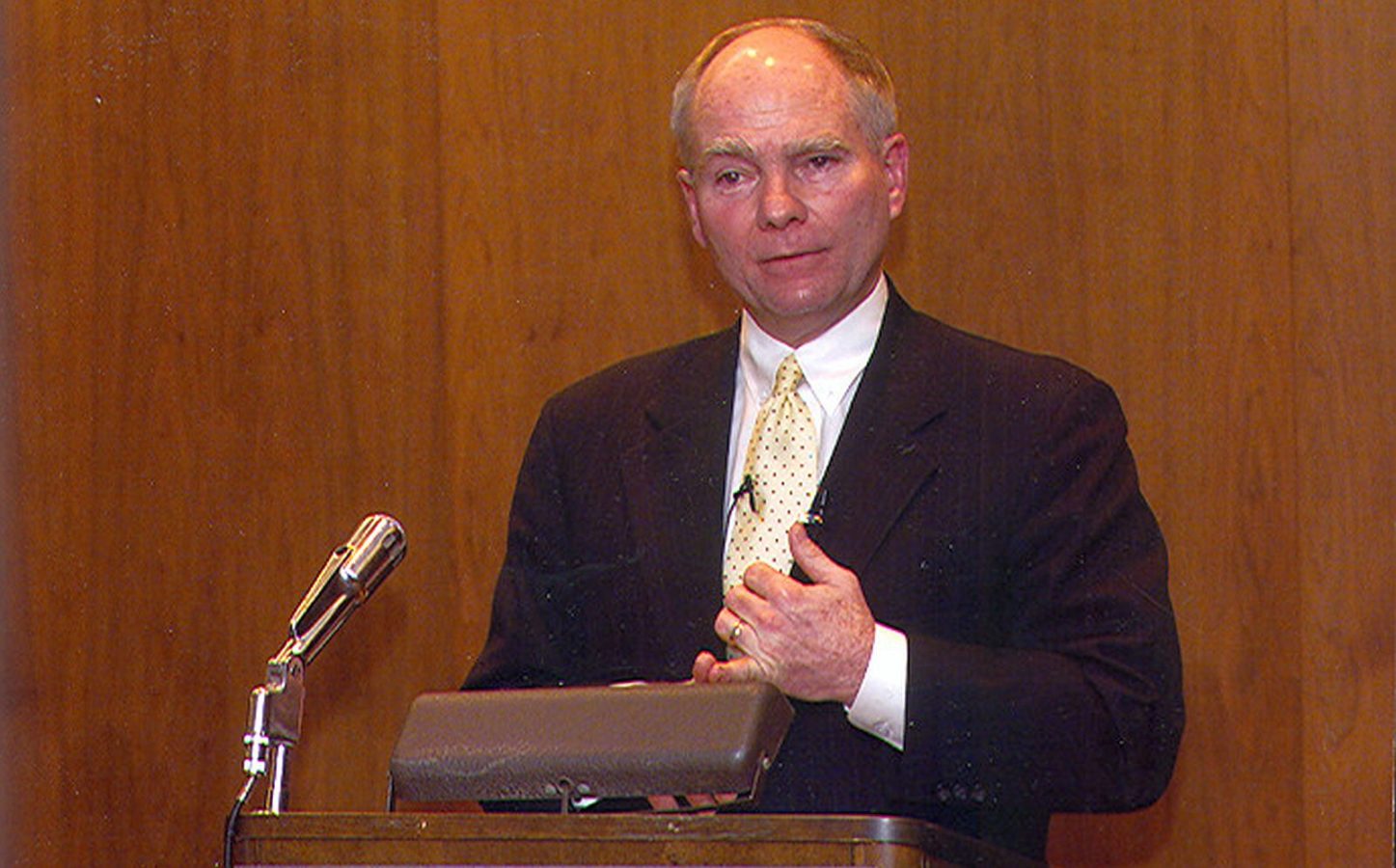 Thursday, it is announced that the University of Notre Dame, the class of 1968 and friends of Joseph E. Kernan, former South Bend Mayor and 48th Governor of the State of Indiana, will be honored with the permanent installation of a memorial bench and tree Saturday afternoon, October 30, on the campus of the University of Notre Dame.  President Emeritus, the Reverand Edward ‘Monk’ Malloy, will officiate.

“We hope you will join us in taking the opportunity to remember Joe, his life, and the values for which he stood,” commented Tom Cuggino, life-long friend and classmate to Joe Kernan. “Sincere thanks to all those who’ve contributed to the memorial for Joe – whose support also raised $10,000 for the Veteran’s Fund at Notre Dame – a cause that was close to Joe’s heart.”

The location of the ceremony is just east of Eddy Street on Holy Cross Drive, south of the stadium parking lot.  The occasion takes place three hours prior to kickoff of the Notre Dame/North Carolina football game.

For those who wish to continue contributing to the Veteran’s Fund at Notre Dame, the website address is https://giveto.nd.edu/1968.  To know more about Joseph E. Kernan, visit www.JoeKernan.com.

ABOUT JOE KERNAN
Joe Kernan, the oldest of nine children, graduated from St. Joseph’s High School in South Bend. He was a catcher on the baseball team at the University of Notre Dame, and graduated with a degree in Government in 1968.

​Kernan entered the United States Navy in 1969 and served as a Naval Flight Officer aboard the U.S.S. Kitty Hawk. In May of 1972, Kernan was shot down by the enemy while on a reconnaissance mission over North Vietnam. He was held as a prisoner of war for nearly 11 months. Kernan was repatriated in 1973 and remained on active duty with the Navy until December of 1974. For his service, Kernan received numerous awards, including the Navy Commendation Medal, two Purple Hearts and the Distinguished Flying Cross.

​After completing his Naval service, Kernan worked for Procter and Gamble in Cincinnati. In 1975, he returned to South Bend, where he worked for both the Schwarz Paper Company and the MacWilliams Corporation. He was South Bend’s city controller from 1980 to 1984.

​In 1996, Frank O’Bannon and Joe Kernan were elected to the top two positions in Indiana government. The O’Bannon-Kernan team was elected for a second term in 2000. As lieutenant governor of Indiana, Kernan served as the president of the Indiana Senate, the director of the Indiana Department of Commerce and as the commissioner of agriculture.

​Upon the death of Governor Frank O’Bannon on September 13, 2003, Lt. Governor Kernan assumed the position of Governor of Indiana.  Kernan made history immediately by appointing Kathy Davis as Indiana’s first female Lt. Governor.

​Joe is survived by his wife Maggie and seven siblings who live in Maine and the Washington, DC area. Joe and Maggie married in 1974. They lived in South Bend, where Maggie worked as a marketing executive at 1st Source Bank until her retirement. A Purdue University graduate, Maggie has been active in community service for over three decades.